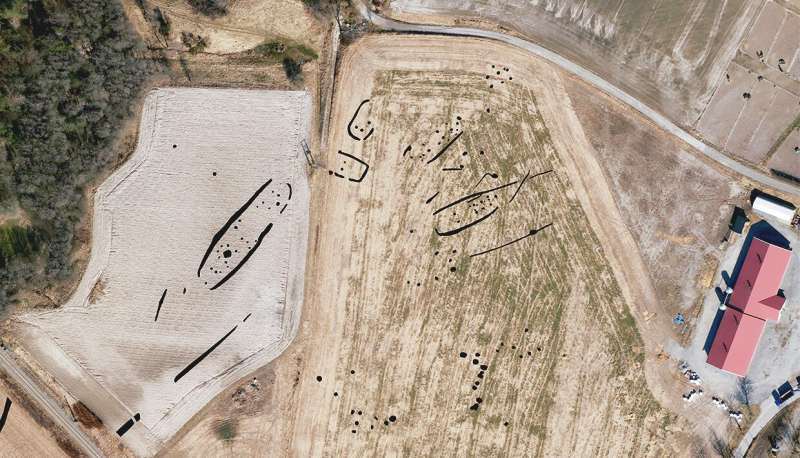 Longhouses found near Gjellestad Ship
Norwegian archaeologists said Monday they have found a cluster of longhouses, including one of the largest in Scandinavia, using ground-penetrating radar in the southeastern part of the country—in an area that researchers believe was a central place in the late Nordic Iron Age.
The longhouses—long and narrow, single-room buildings—were found in Gjellestad, 86 kilometers (53 miles) southeast of Oslo near where a Viking-era ship was found in 2018 close to the Swedish border.
Read the rest of this article...
Posted by David Beard MA, FSA, FSA Scot at 09:58