Dressed up with bling stolen in Viking raids

When a female Norwegian Viking died some time during the 9th century, she was buried wearing a status symbol: a beautiful piece of bronze jewellery worn on her traditional Norse dress.
In the summer of 2016, 1200 years after her death, the piece of jewellery was found by chance at Agdenes farm, at the outermost part of the Trondheim Fjord in mid-Norway. The well-preserved object is an ornament with a bird figure that has fish- or dolphin-like patterns on both "wings."
The decorations suggest that the jewellery was made in a Celtic workshop, most likely in Ireland, in the 8th or 9th century. It was originally used as a fitting for a horse's harness, but holes at the bottom and traces of rust from a needle on the back show that it had probably been turned into a brooch at a later stage.
Read the rest of this article...
Posted by David Beard MA, FSA, FSA Scot at 16:19

The new find was made in the same field that yielded these seven bracelets over the summer. Photo: Nick Schaadt, Museet på Sønderskov


A team of Danish archaeologists digging in a field east of Ribe knew they had a better-than-average chance of discovering a treasure trove.
They were, after all, digging in the same field that back in June produced the largest ever discovery of Viking gold in Denmark. Having discovered seven bracelets, six gold and one silver, that date to around the year 900 the archaeologists went back to the field on Monday.
See also: Largest-ever Viking gold collection found in Denmark
This time they had a production crew from regional broadcaster TV Syd in tow.
Already by midday, the archaeologists and the TV crew had cause to celebrate. In front of rolling cameras, the excited diggers pulled out what appeared to be part of another Viking gold bracelet.
Read the rest of this article...
Posted by David Beard MA, FSA, FSA Scot at 17:32 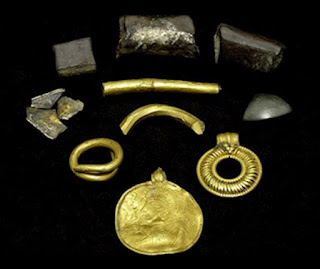 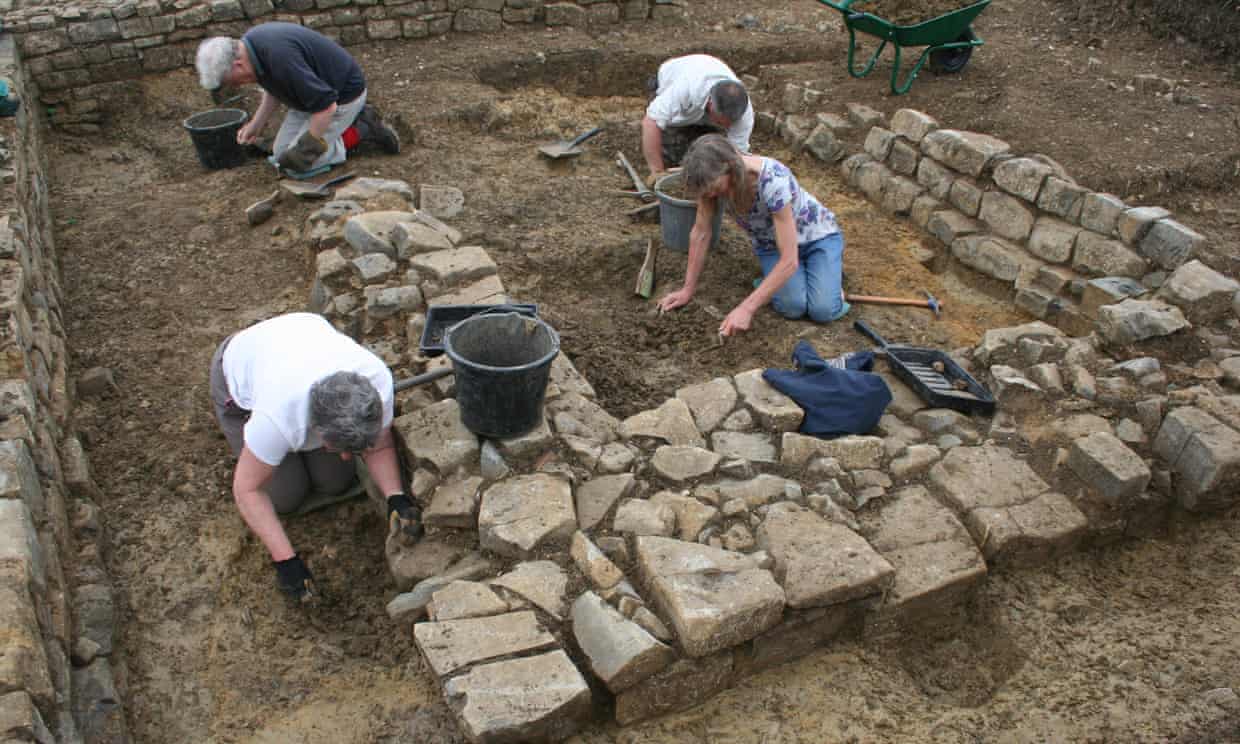