Forget about the Viking Age beginning with the brutal sacking of Lindisfarne Priory in 793. According to new research, Norwegian Vikings began long sea voyages at least 70 years earlier, but they came looking for trade not plunder.


Archeologists digging beneath the old marketplace of Ribe, have stumbled upon the remains of reindeer antlers from Norway, which they believe prove trade links with Vikings far to the north.
"This is the first time we have proof that seafaring culture, which was the basis for the Viking era, has a history in Ribe. It's fascinating," Søren Sindbæk, a professor at the University of Aarhus and one of the others of a new study, told ScienceNordic.
Sindbæk believes early trading trips between Norway and Denmark gave the Vikings the seafaring skills that would be used some 70 years later to strike England.

Antlers from Norwegian reindeer have been unearthed in Ribe, the oldest commercial center in Denmark. The antlers have been dated to A.D. 725, some 70 years before the Viking raid on the Lindisfarne monastery in northern England. “The Viking Age becomes a phenomenon in Western Europe because the Vikings learned to use maritime mobility to their advantage. They learned to master sailing to such an extent that they get to the coast of England where the locals don’t expect anything. They come quickly, plunder the unprepared victims, and leave again—a sort of hit and run,” Søren Sindbæk of Aarhus University toldScience Nordic. The Norwegian reindeer antlers suggest that Norway’s earliest so-called Vikings developed their maritime skills through trade. “Now we can prove that shipping between Norway and the market town of Ribe was established prior to the Viking era, and trade networks helped to create the incentives and the knowledge of the sea, which made the Viking raids possible. It is the first time that we can clearly link two very important phenomena, the lock and key if you like, of the Viking Age,” he said. For more, see "The First Vikings."

The Viking Age began in Denmark


The story of the Vikings begins in the year 793 AD, after Norwegian Vikings landed in England on the first official Viking raid. To this day, these fierce raids are the most famous of Viking stories. Now, a new study suggests a more peaceful start to Viking seafaring -- and it all began in Denmark. 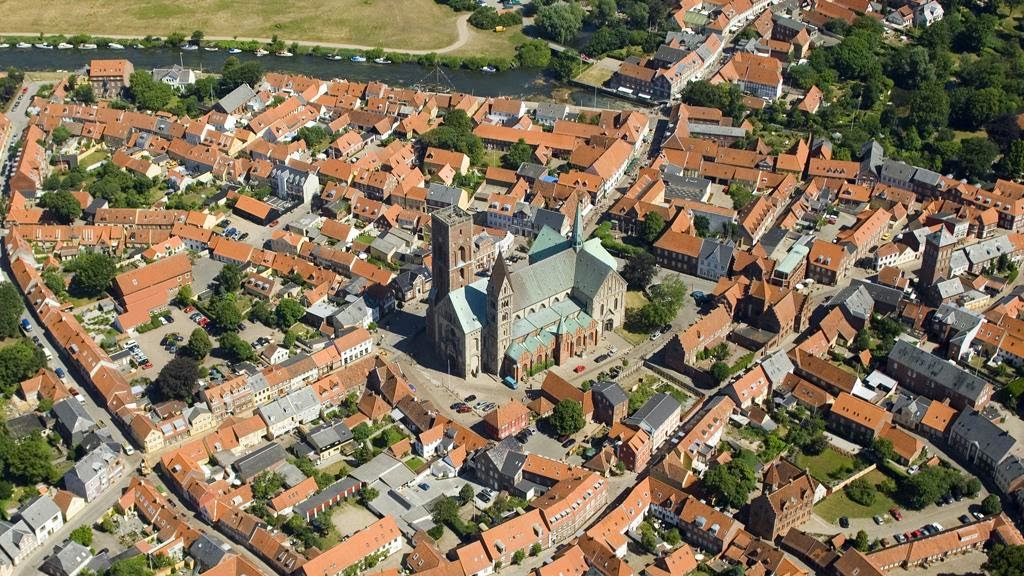 Ribe in Denmark: Scandinavia's first town and central to the beginning  of the Viking Age
[Credit: visitribe.dk]

Three archaeologists from the University of Aarhus (Denmark) and the University of York (UK) have shown that maritime voyages from Norway to Ribe, the oldest commercial centre in Denmark, occurred long before the Viking age officially began.

The study shows that early Vikings travelled to Ribe in South Denmark as early as 725 AD.

The researchers discovered deer antlers in the oldest archaeological deposits of Ribe’s old marketplace and they turned out to be the remains of Norwegian reindeer.

South Iceland Cave Made before Settlement


Archaeologist Kristján Ahronson has concluded that Kverkarhellir, a manmade cave between waterfall Seljalandsfoss and farm Seljaland in South Iceland, was partly created around 800 AD, before the settlement of Iceland, which, according to sources, began in 874.
Ahronson presented the results of his analysis of volcanic ash layers from around the cave, among other findings, covered in his book Into the Ocean, at the University of Iceland yesterday, RÚV reports.
“We are about to identify a large dump of material that looks like waste material from construction and dates to around 800 or so,” Ahronson explained. “Kverkahellir, along with Seljalandshellir, is remarkable as it is part of a number of cave sites in southern Iceland, manngerðir hellar [‘manmade caves’], that are marked by cross sculpture.”
Read the rest of this article...
Posted by David Beard MA, FSA, FSA Scot at 19:38

New study puts down the myth that climate change killed off the thick-skinned Norsemen in Greenland. (Photo: C. K. Madsen)


In the middle of the 13th century the Vikings who had settled in Greenland encountered no less than ten years of harsh and cold winters and summers. The Norsemen, who were living as farmers, bid farewell to many of their cattle during that period.
The Greenland Vikings were also prevented from setting sail to fetch supplies from their homelands in Europe because they didn't have enough timber to build trading ships. So when Scandinavian traders didn't happen to pass by they were left entirely on their own.
But this didn't knock them out; on the contrary they lived with the worsening climate for almost 200 years during what we later would call the Little Ice Age. This is the conclusion of a new Ph.D. thesis.
Read the rest of this article...
Posted by David Beard MA, FSA, FSA Scot at 16:38

Vikings in Greenland survived the Little Ice Age for much longer than previously thought, according to comprehensive studies of the landscape conducted by archaeologist Christian Koch Madsen of the National Museum of Denmark. “The stories we have heard so far about the climate getting worse and the Norsemen disappearing simply don’t hold water,” he told Science Nordic. He says that there were no more than 2,500 people living in Greenland in the middle of the thirteenth century. Earlier estimates have placed the population as high as 6,000. “When the harsh climatic changes began to set in, we can see that the outermost farms were gradually abandoned.