'Hammer of Thor' unearthed on the Danish Island


Danish archaeologists have solved the mystery over the significance of the Mjöllnir amulets worn by the Vikings. Indeed, they represented Thor’s hammer, the researchers said. 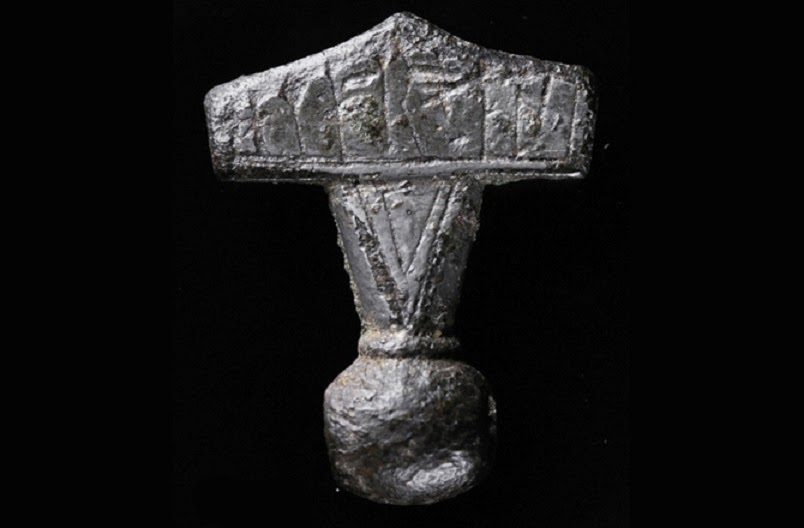 More than 1,000 intricately carved pendants shaped like hammers have been found across Northern Europe since the first millennium A.D.

Although it was widely believed these amulets were hammers, a debate remained over their true meaning. The objects’s unusual shape, featuring a short handle and a symmetrical head, raised doubts whether they represented something else entirely.

Now a 10th-century Viking amulet unearthed in Købelev, on the Danish island of Lolland, has provided a definitive answer.

A tiny County Louth village has been confirmed as home to one of the most important Viking sites in the world.


Carbon testing on trenches at a ‘virgin’ site in Annagassan have revealed that the small rural community once housed a Viking winter base, one of only two in Ireland.
The other went on to become Dublin but the Annagassan site, 50 miles north of the capital, was believed to be the stuff of mythology and folklore until now.
Geophysical tests funded by Dundalk’s County Museum have allowed scientists to make the big breakthrough.
They have now confirmed that the Linn Duchaill site, beside the river Glyde and south of Dundalk Bay, was where the Vikings brought their long ships or longphorts to be repaired.
It was also the base for inland raids as far as Longford and north to Armagh.
Read the rest of this article...
Posted by David Beard MA, FSA, FSA Scot at 15:19