The Council of British Archaeology’s Festival of Archaeology runs from 24 October to 1 November.  The situation with the Corona Virus means that many of the events will be digital, although there will be a number of live events. Please use the search facility on their webpage to see the various events that are offered.

You can find their website here…
Please note that EMAS archaeological Society has offered a quiz on little known archaeological sites in South East England.
You can find a link to the quiz on the EMAS home page here…
Test your knowledge and see how much you know about the archaeology of the area!
Posted by David Beard MA, FSA, FSA Scot at 16:44 The male skeleton's neck and legs were arranged in an unnatural position, while the woman's remains were held in place by large stones. (Roskilde Museum)
New DNA evidence has identified two people buried in a 1,000 year-old Viking grave as a mother and son, reports the Copenhagen Post.
Previously, researchers had speculated that the man, who may have been hanged, was an enslaved individual sacrificed and buried alongside the noblewoman he served in life.
“It’s an incredibly exciting and surprising result we have here,” Ole Kastholm, an archaeologist at Denmark’s Roskilde Museum, where the remains are on display, tells TV 2 Lorry. “We need to thoroughly consider what this means.”
Archaeologists excavated the burial, known as the Gerdrup Grave, in 1981. The fact that the woman was buried with what appeared to be a lance helped overturn scholars’ assumptions about gender in Viking society. Since the site’s discovery, researchers have found a number of other Viking women buried with weapons, which could identify them as warriors or symbolize their elite status.
Read the rest of this article...
Posted by David Beard MA, FSA, FSA Scot at 16:05 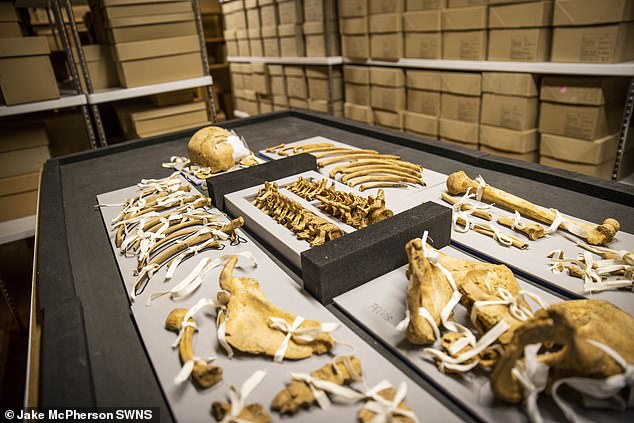 Runestone Discovered in Sweden Provides Window Into Viking Past 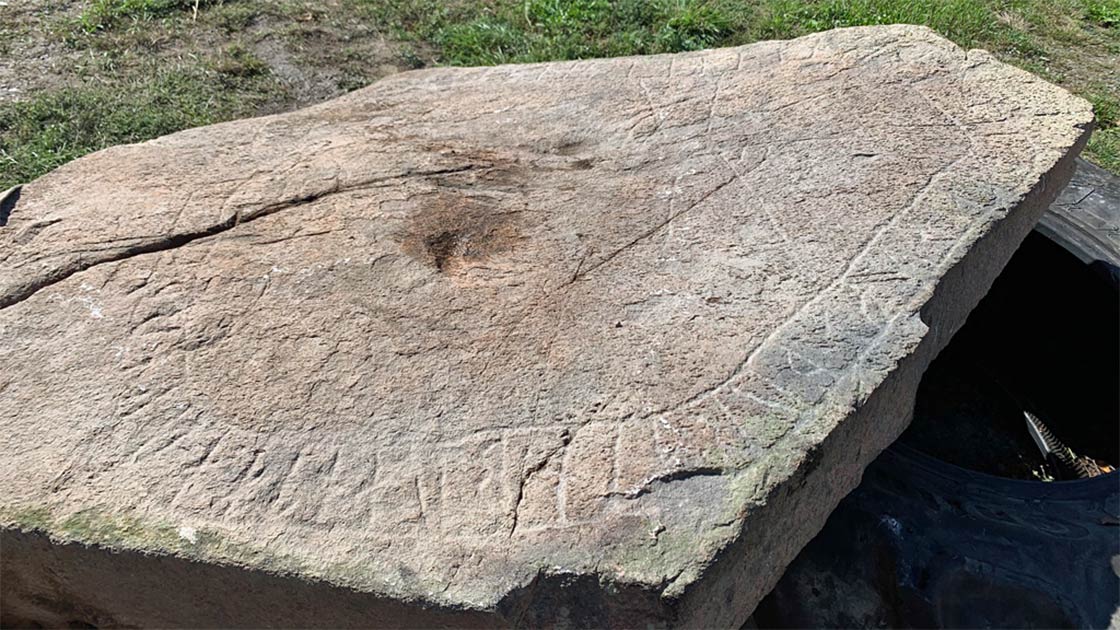 While plowing a field on his family farm in Småland, southern Sweden, Lennart Larsson came across a large stone. Larsson put the stone, which is 6 feet high (2 m) and 3 feet wide (1 m), to one side and planned to use it as a stepping stone for a new staircase in his home. After finishing a day of plowing, he checked the stone again and to his amazement “on the underside of the stone were runes!” reports the Nattidningen Svensk Historia . The farmer and his family contacted the local Västerviks Museum about the runestone, who then inspected the discovery. Runestones are invaluable to researchers as they are windows into the Viking past. The artifact is expected to provide insights into a crucial period when the old Viking world was giving way to a new Christian world .