Were the Vikings Smoking Pot While Exploring Newfoundland?

The L'Anse aux Meadows archaeological site is the only confirmed Viking settlement in Newfoundland.
Credit: Yves Marcoux/First Light/Getty Images Plus

The discovery of cannabis pollen near a Viking settlement in Newfoundland raises the question of whether the Vikings were smoking or eating pot while exploring North America.

The researchers also found evidence the Vikings occupied this outpost for more than a century, way longer than previously believed.

Located in northern Newfoundland, the site of L'Anse aux Meadows was founded by Vikings around A.D. 1000. Until now, archaeologists believed that the site was occupied for only a brief period. The new research, published today (July 15) in the journal Proceedings of the National Academy of Sciences, suggests that the Vikings lived there possibly into the 12th or even the 13th century. 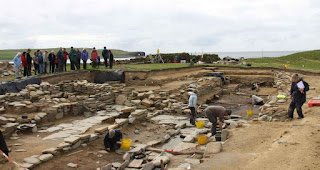 Make your way all the way to the very top of Scotland, and you’ll find John O’Groats. Keep going and you’ll reach Orkney, a collection of 70 small islands and home to some of the most gorgeous scenery in the British Isles.

The islands also have a rich Scandinavian heritage: settled by the Vikings in the ninth century, Orkney is, says Dr Jane Harrison, Lecturer in Archaeology at OUDCE, ‘an archaeologist’s paradise’. Dr Harrison began working on a dig in the islands in 2004, with Dr David Griffiths, Associate Professor in Archaeology at OUDCE, who directed the Birsay-Skaill Landscape Archaeology Project, and Dr Michael Athanson, an archaeologist and map specialist at the Bodleian. The three have just published a major book about the work, Beside the Ocean: Coastal Landscapes at the Bay of Skaill, Marwick, and Birsay Bay, Orkney: Archaeological Research 2003-18 (Oxbow Books, 2019).

The dig location, at the Bay of Skaill on Orkney’s west coast, is ‘stunning’ says Dr Harrison, though often windy: ‘It can be a bit rough but very beautiful.’ From an archaeologist’s point of view, what makes Orkney so interesting is that ‘a lot of the sites are in rural areas that haven’t been touched by development’. Orkney was one of the first areas to be settled by the Vikings when they moved out of Scandinavia, but until the OUDCE team started work, only a small number of their settlement sites had been scientifically investigated. This meant there was a very rich history waiting to be discovered.

A Man, a Horse And a Dog Found in Extremely Rare Boat Burial Unearthed in Sweden

Not one, but two incredibly rare boat burials have been excavated in Uppsala, Sweden. One of these was still intact, with remains inside of not just a human, but also a dog and even a horse, all in good condition. According to archaeologists, it is a remarkable find, and indicates the burial of a high-status male.

"This is a unique excavation," said archaeologist Anton Seiler of Swedish archaeology firm The Archaeologists. "The last excavation of this grave type in Old Uppsala was almost 50 years ago."

Ship burials are found all across Europe, particularly in Scandinavian countries, but that doesn't mean they were common. They seemed to have been reserved for the upper echelons of society, those of the very highest status. These elite individuals were interred inside a ship, or a smaller boat, often loaded with rich grave goods.

The addition of horses, dogs, and hunting birds was also not uncommon.

"It is a small group of people who were buried in this way," Seiler explained. "You can suspect that they were distinguished people in the society of the time since burial ships in general are very rare." 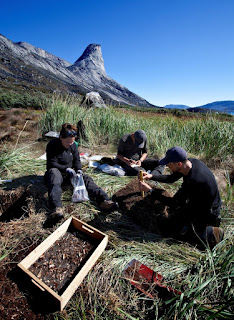 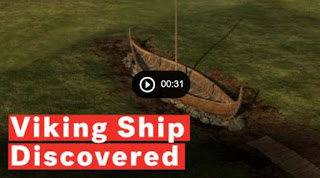 Archaeologists have discovered two Viking burial ships in the Swedish municipality of Uppsala.

A find of this type is rare in the country. In fact, only around ten discoveries of this kind have been made to date in the Scandinavian nation, according to researchers.

"This is a unique excavation, the last burial ship was examined 50 years ago," Anton Seiler, an archeologist who works with several Swedish museums, told The Local.

The two vessels—which Saeiler describes as a "sensational" find—were excavated near the grounds of a vicarage in the village of Gamla Uppsala last fall.

These types of burials, where individuals were placed in full-sized boats, were not available to the common folk. They are thought to have been reserved for individuals with high status.

"It is a small group of people who were buried in this way," Seiler said. "You can suspect that they were distinguished people in the society of the time since burial shiaps in general are very rare." 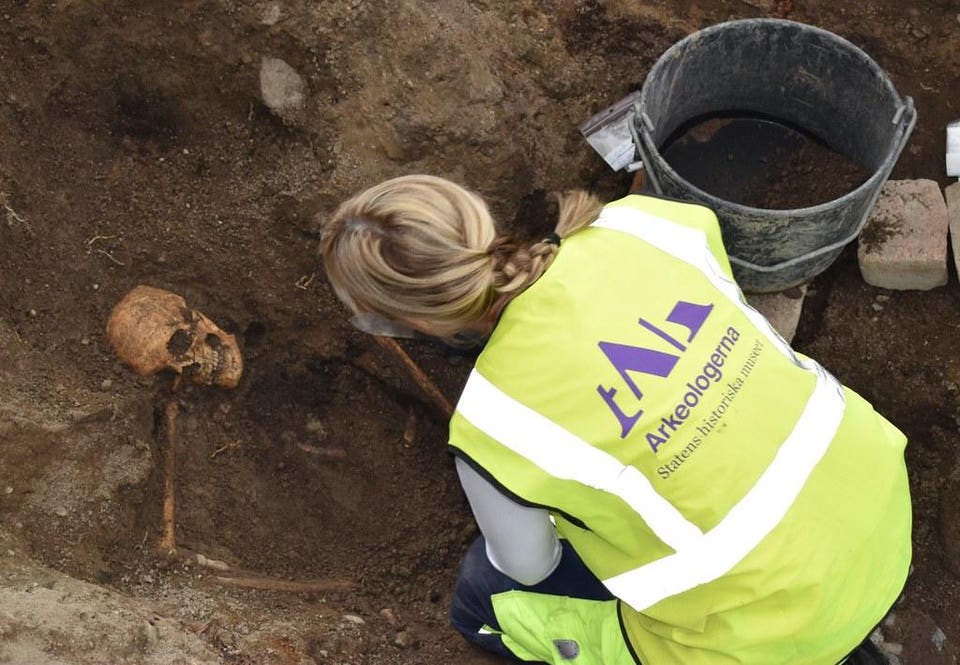 Scientists often imagine that men’s and women’s roles during the Viking Age were clearly differentiated, archaeologist Marianne Moen says. “The illustrations show women making food and holding children, while men were active, in battle,” she says. But maybe this wasn’t the way things were. The illustration is from “Vikinger i vest” (Vikings in the West), published in 2009.
(Illustration: Peter Duun)

“I think we need to move away from distinguishing between men’s and women’s roles during the Viking times,” she said. Moen has completed her PhD on Viking Age gender roles at the University of Oslo. Her research shows that upper-class men and women generally were buried with the same types of items — including cooking gear.

Moen went through the contents of 218 Viking graves in Vestfold, a county on the southwest side of Oslo Fjord, and sorted the artefacts she found according to type. Many of the graves were richly equipped with everything from cups and plates to horses and other livestock.