Norwegian Archaeologists Discover One of the Largest Viking Longhouses in Scandinavia 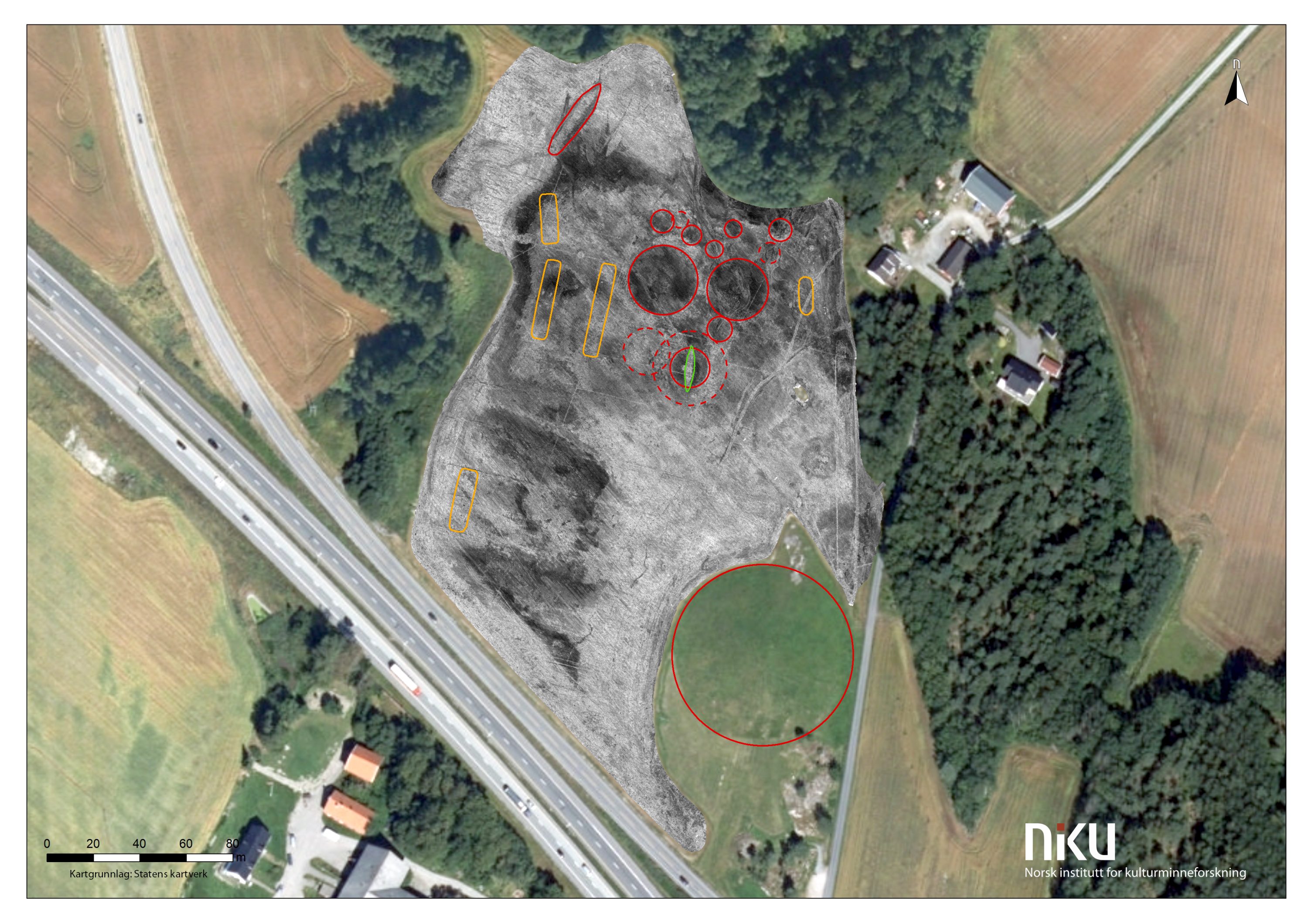 The ship burial forms part of a larger mound cemetery and settlement site from the Iron Age next to the monumental Jell Mound.
Lars Gustavsen, NIKU
Archaeologists discovered several Iron Age Viking longhouses, according to a statement by the Norwegian Institute for Cultural Heritage Research. The discovery was made by a team working on a project intended to map the presence of Vikings in Gjellestad, a village thought to be a place of great importance during the Iron Age, which lasted roughly from 1200 B.C.E. to 600 B.C.E.
“Finding these longhouses confirms that Gjellestad was a central place in the late Iron Age,” said Lars Gustavsen, a Ph.D. candidate who is helping lead this project.
Out of the five identified using ground-penetrating radar, the largest measured 196 feet in length, making it one of the largest known longhouses in Scandinavia. A typical longhouse from the Iron Age is believed to have measured 65–98 feet in length. The size of a longhouse corresponds with the wealth and influence of its owner, only further proving that this site was one of great importance. Exactly who occupied that hall, however, is yet to be confirmed.
Read the rest of this article...
Posted by David Beard MA, FSA, FSA Scot at 10:07