If you thought Ribe was the oldest town in Denmark, you're still right, but now a new study from Aarhus University shows the town may be almost 100 years older than originally thought.
Archaeologists previously believed that Ribe was established in the late 700s, but new research points to its establishment being in the earlier part of the same century, reports Videnskab.
Ribe, in southwest Jutland, is not only Denmark's oldest town, but is Scandinavia's oldest town as well.
”Ribe is the place urbanisation started in Scandinavia,” Sarah Croix, the study's author, told Videnskab. ”If Ribe began as a city in the early 700s, then it was long before the Vikings and thus casts new light on our understanding of this period.”
Read the rest of this article...
Posted by David Beard MA, FSA, FSA Scot at 09:00

Viking colonisations of Europe may have been more like romantic getaways than drunken stag weekends, according to a study of Norse DNA showing the importance of women in the Scandinavian subjugation of the British Isles during the Middle Ages.

Scientists have found that Viking men took significant numbers of women with them in their longboats when they sailed to places such as the Scottish mainland, Shetland, Orkney and Iceland – contradicting the stereotype of male-only raiding parties with an unhealthy appetite for rape and pillage.

Researchers who analysed the genetic material – maternally inherited mitochondrial DNA extracted from 80 Viking skeletons unearthed in Norway – found that Norse women played a central role in the Viking settlements established in Britain and other parts of the North Atlantic. 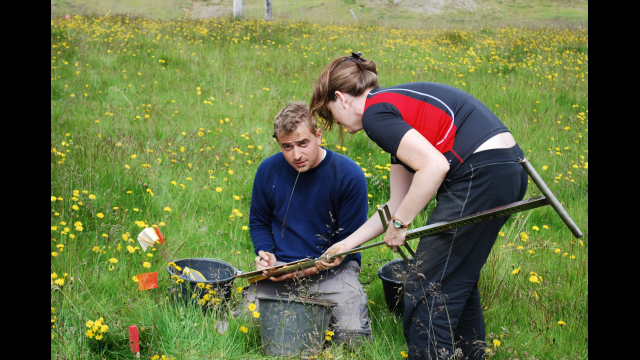 Vikings are stereotyped as raiders and traders, but those who settled in Iceland centuries ago spent more time producing and consuming booze and beef — in part to achieve political ambitions in an environment very different from their Scandinavian homeland, says a Baylor University archaeologist.

But instead, what Zori and his team discovered is what happened when the Vikings spent too long living too high on the hog — or, in this case, the bovine.

"It was somewhat like the barbecue here. You wanted a big steak on the grill,” said Zori, assistant professor in the Baylor Interdisciplinary Core, who co-edited the book Viking Archaeology in Iceland: Mosfell Archaelogical Project with Jesse Byock, Ph.D., professor of Old Norse and medieval Scandinavian studies at the University of California, Los Angeles.

A Viking feasting hall measuring almost 50 metres in length has been identified near Vadstena in Sweden. Archaeologists from Stockholm University and Umeå University used ground-penetrating radar, a non-invasive geophysical method, to locate and map the house foundation. The study was published today in the journal Archaeological Prospection.


The Aska barrow, where the hall has been found, was long seen as a burial mound. But archaeologists have now revealed that it is a foundation platform for a large building, most likely dating from the Viking Period. The hall was probably the home of a royal family whose rich graves have previously been excavated nearby.
“Parallels are known from several of the era's elite sites, such as Fornsigtuna near Stockholm and Lejre near Roskilde. The closest similarities are however seen in a recently excavated feasting hall at Old Uppsala near Stockholm. Such close correspondences suggest intensive communication between the two sites”, says Martin Rundkvist of Umeå University
Read the rest of this article...
Posted by David Beard MA, FSA, FSA Scot at 20:12

The 2015 EMAS Easter Study Tour is to the North of Scotland, including one day on the Isle of Skye.

We will travel from London Embankment by coach, staying overnight at Carlisle on the 2nd and 7th April.

We shall be based at a hotel in Inverness, which is a very good central point from which to explore the region.

The itinerary includes a wide range of prehistoric and medieval sites, including some of the famous Pictish symbol stones.