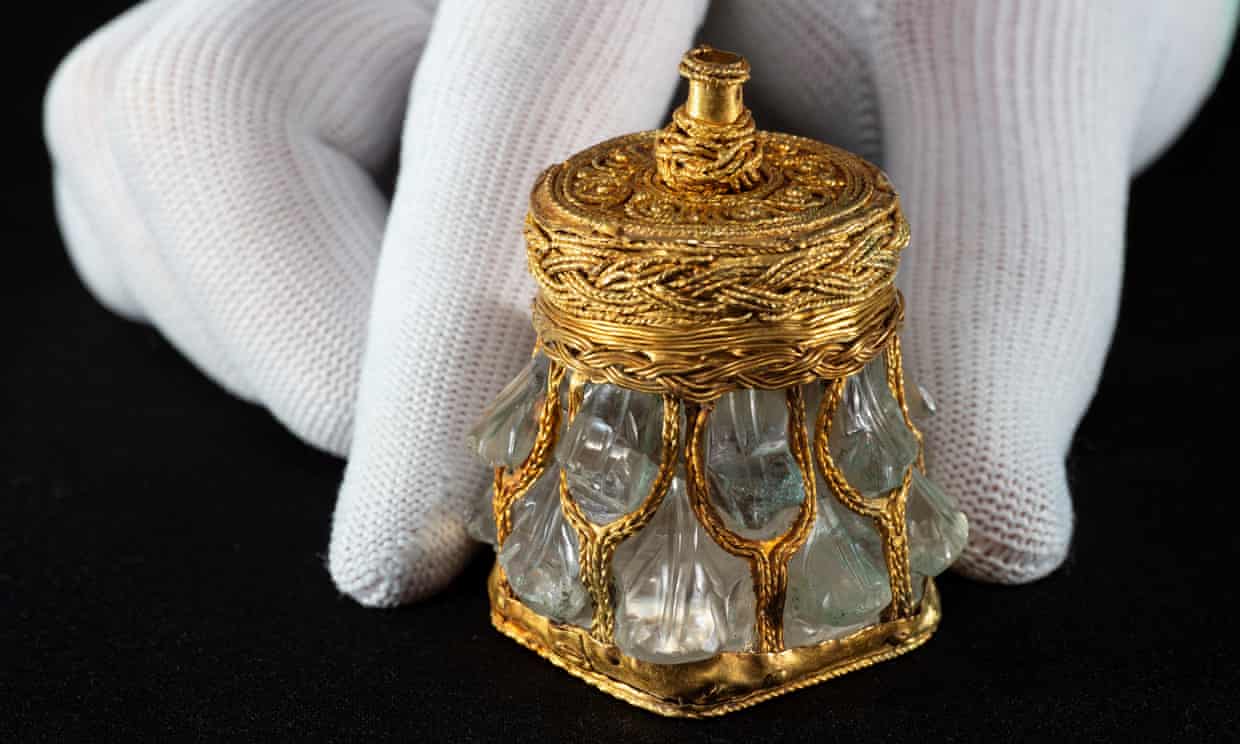 The rock crystal jar was part of the Galloway hoard, unearthed in Kirkcudbrightshire in 2014. Photograph: Neil Hanna
Exclusive: Vessel may have held a perfume or other potion used to anoint kings or in religious ceremonies
When the Galloway hoard was unearthed from a ploughed field in western Scotland in 2014, it offered the richest collection of Viking-age objects ever found in Britain or Ireland. But one of the artefacts paled in comparison with treasures such as a gold bird-shaped pin and a silver-gilt vessel because it was within a pouch that was mangled and misshapen after almost 1,000 years in the ground.
Now that pouch has been removed and its contents restored, revealing an extraordinary Roman rock crystal jar wrapped in exquisite layers of gold thread by the finest medieval craftsman in the late eighth or early ninth century.
About 5cm high, it may once have held a perfume or other prized potion used to anoint kings, or in religious ceremonies. It had been carefully wrapped in a silk-lined leather pouch, reflecting its significance.
Read the rest of this article...
Posted by David Beard MA, FSA, FSA Scot at 17:32