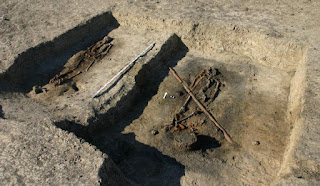 The four warriors buried with rich grave offerings in the central part of the cemetery in Ciepłe (Pomerania) came from Scandinavia, expert analyses show. This is proof that people of foreign origin were members of the Piast state elites, scientists suggest.

Archaeologists investigating a cemetery dating from the first Piast monarchy of Bolesław I the Brave have published their latest findings.

The discovery in the small village of Ciepłe near Gniew in Eastern Pomerania, has so far revealed over 60 graves, but the archaeologists believe there may be more.

Dr. Sławomir Wadyl from the Archaeological Museum in Gdańsk said: “In the central part of the cemetery there were four very richly equipped chamber graves. Men, probably warriors, were buried in them, as evidenced by the weapons and equestrian equipment deposited with the bodies.”

How to hike the world's northernmost pilgrimage trail

The St Olavsleden trail takes you across Sweden and into Norway.
Photo: Tim Marringa

St Olavsleden is a hiking trail that runs from Sundsvall in the east of Sweden to Trondheim in the west of Norway. The historic pilgrim route has a long history that goes back to the time of the Vikings. The Local's contributor Tim Marringa gives you his best insider tips for hiking this fantastic trail.
In 2013 the old pilgrim route was restored to its former glory. The entire 580-kilometre trail was marked with distinctive red-brown signs and various stamping posts were placed along the way. The course of the trail is very diverse and lets you experience the best of Scandinavia as a hiker.

If you are coming from the Swedish capital, take the train to Sundsvall and buy a pilgrim passport at the local tourist office on the central square. In this passport you can receive a stamp in every special place. These are often churches or tourist offices along the way. The passport serves as proof to receive the certificate at the end and is a nice reminder of your journey.

Archaeologists and Norway’s director of cultural heritage are calling for rapid excavation of a Viking ship found buried in a field at Gjellestad near Halden in the fall of 2018. They’ve won initial support from government officials, setting the stage for what could be the first full-scale Viking ship excavation in Norway for 114 years.

“A Viking ship is so important for Norwegian history, and we have an international responsibility here,” said Ola Elvestuen, government minister in charge of culture and the environment, just after test results from the site were presented on Friday. They were extracted during careful and preliminary digging around the vessel in August and September of last year.

Samples from the so-called “Gjellestad-ship’s” keel found last year have revealed signs of mildew or dry rot, indicating that the vessel could rapidly deteriorate if left in the ground. The overall condition of the ship was described as poor. 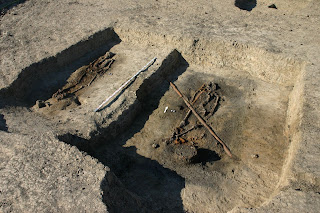 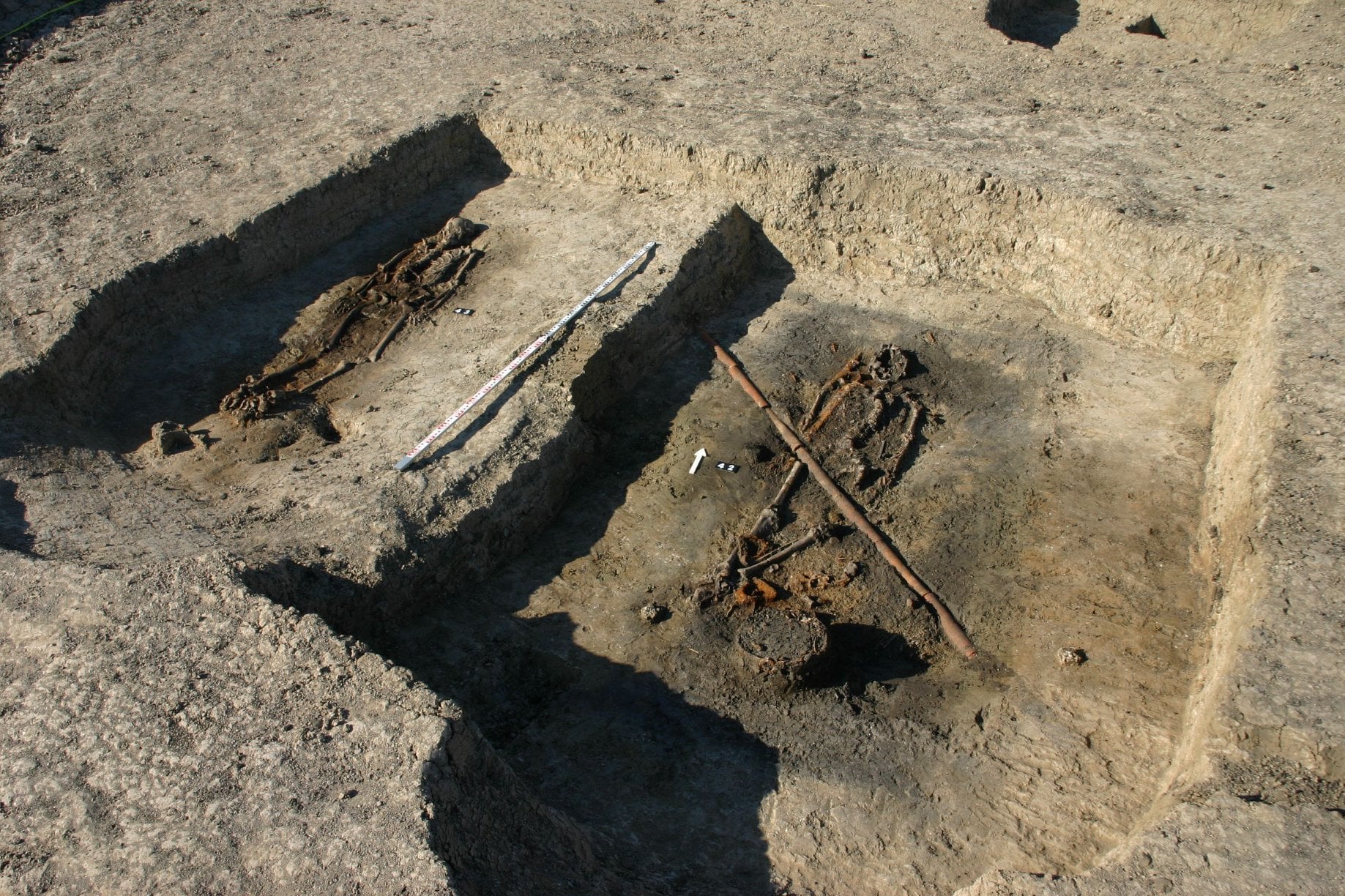 N.B. There are further images, but no text on this site.

The real Vikings: the early medieval world behind the hit drama


The exploits of Norse warrior Ragnar Lothbrok and his kin in hit TV drama Vikings has brought fresh interest to the myths and figures of the early medieval world. As the final series continues, Professor Howard Williams explores how the show’s sweeping ambition has tackled historical issues of the Viking era while creating an immersive world – one with more reality than you might think…

From 2013 to the sixth and final series, now airing, History Channel’s Vikings has brought a hit multi-season historical drama about the early Viking world to international audiences. Following the adventures of the legendary figure Ragnar Lothbrok (or Loðbrók) and his sons including Bjorn, Ubba and Ivar, writer Michael Hirst portrays a 9th-century world of seaborne conflict, far-flung connections and family feuding on an unprecedented scale. Despite numerous films over the years, occasional documentaries and an ongoing rival BBC drama series The Last Kingdom, nothing can compare in scale and duration to Vikings in bringing the early medieval world to global television viewers.

Confirmed: Norway’s Gjellestad Ship Is From The Viking Age 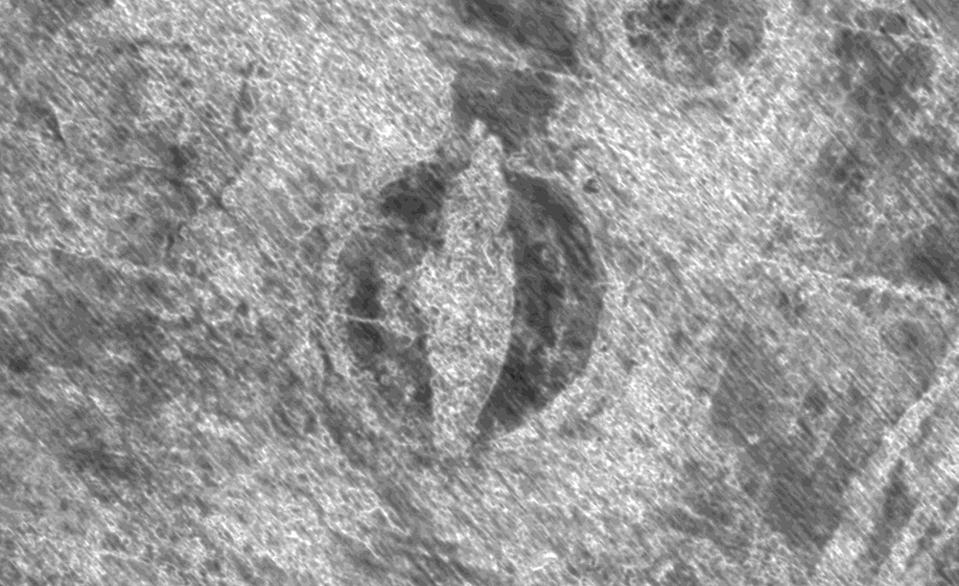 The Gjellestad ship grave was discovered by georadar survey in 2018.
Norwegian Institute for Cultural Heritage Research

Archaeologists from Norway’s Museum of Cultural History have confirmed that the Gjellestad Viking ship grave discovery in southeast Norway is almost certainly from the early days of the Viking age.

The 2018 discovery by the Norwegian Institute for Cultural Heritage Research (NIKU) made headlines around the world. Several longhouses and at least one ship burial were discovered by new ground-penetrating radar (GPR) technology. While the site was known to be of importance during the Viking era, the dating of the ship had been an educated guess, until now.

“The investigations happily confirm our hypothesis from 2018, when we found the ship by ground-penetrating radar (GPR),” said Knut Paasche, head of Digital Archaeology at NIKU. 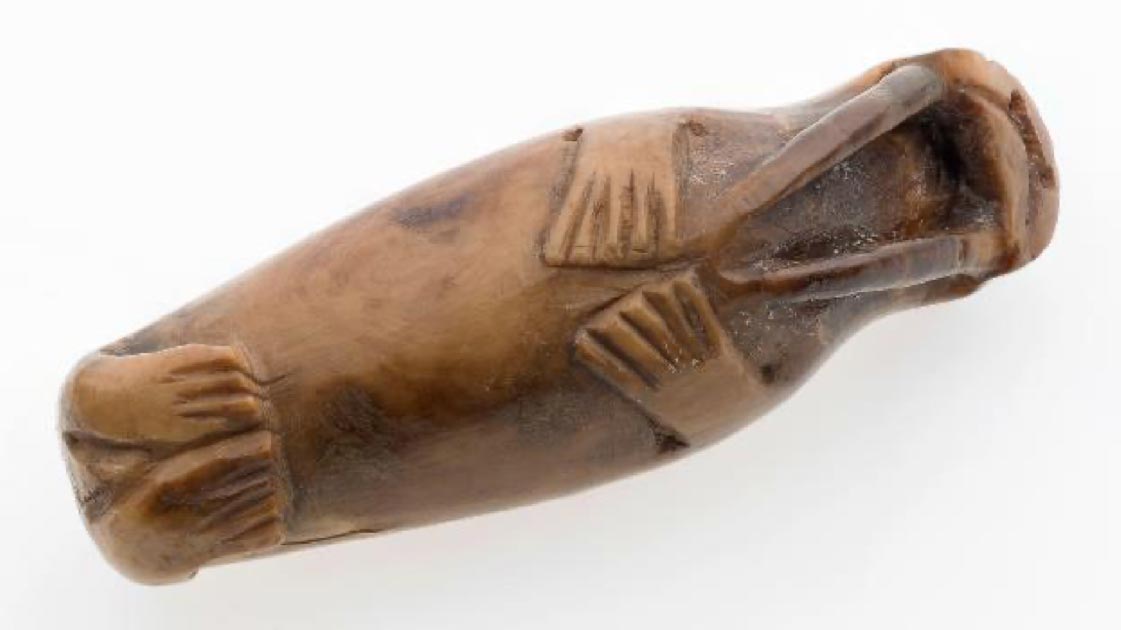 The mysterious disappearance of Greenland's Norse colonies sometime in the 15th century may have been down to the overexploitation of walrus populations for their tusks, according to a study of medieval artifacts from across Europe.

Founded by Erik the Red around 985 AD after his exile from Iceland (or so the Sagas tell us), Norse communities in Greenland thrived for centuries - even gaining a bishop - before vanishing in the 1400s, leaving only ruins.

An Economy Built on Walrus Ivory

Latest research from the universities of Cambridge, Oslo, and Trondheim has found that, for hundreds of years, almost all ivory traded across Europe came from walruses hunted in seas only accessible via Norse settlements in south-western Greenland.

Walrus ivory was a valuable medieval commodity, used to carve luxury items such as ornate crucifixes or pieces for games like chess and Viking favorite hnefatafl. The famous Lewis chessmen are made of walrus tusk. 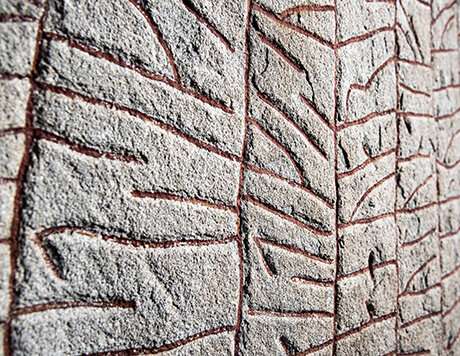 One of the world's most famous runestones is now believed to have been erected by Vikings fearing a repeat of a previous cold climate crisis in Scandinavia, a new study said Wednesday.

The Rok stone, raised in the ninth century near the lake Vattern in south central Sweden, bears the longest runic inscription in the world with more than 700 runes covering its five sides.

It is believed to have been erected as a memorial to a dead son, but the exact meaning of the text has remained elusive, as parts are missing and it contains different writing forms.

The stone refers to the heroic acts of "Theodoric," which some scholars believe refers to Theodoric the Great, a sixth century ruler of the Ostrogoths in what is now Italy.

Researchers at three Swedish universities now suspect the inscriptions are more of an allusion to an impending period of extreme winter, as the person who erected the stone tried to put their child's death into a larger perspective.

The Vikings erected runestone out of fear of climate catastrophe 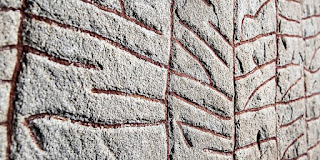 Several passages on the Rok stone – the world’s most famous Viking Age runic monument – suggest that the inscription is about battles and for over a hundred years, researchers have been trying to connect the inscription with heroic deeds in war. Now, thanks to an interdisciplinary research project, a new interpretation of the inscription is being presented. The study shows that the inscription deals with an entirely different kind of battle: the conflict between light and darkness, warmth and cold, life and death.

The Rok runestone, erected in Ostergotland around 800 CE, is the world's most famous runestone from the Viking Age, but has also proven to be one of the most difficult to interpret. This new interpretation is based on a collaboration between researchers from several disciplines and universities.

“The key to unlocking the inscription was the interdisciplinary approach. Without these collaborations between textual analysis, archaeology, history of religions and runology, it would have been impossible to solve the riddles of the Rok runestone,” says Per Holmberg, professor in Swedish at the University of Gothenburg, who led the study.