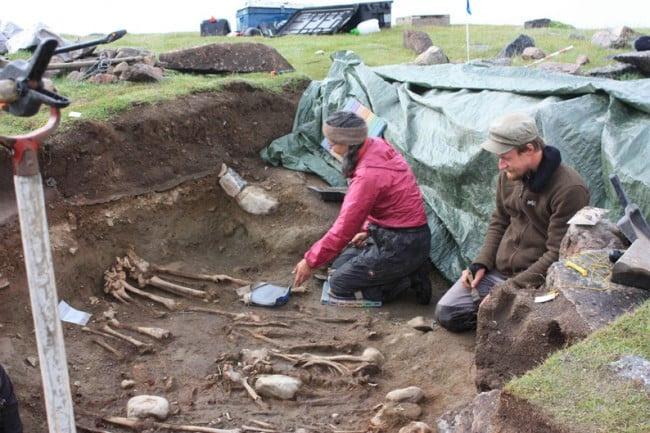 “The Norse thought of themselves as farmers that cultivated the land and kept animals. But the archaeological evidence shows that they kept fewer and fewer animals, such as goats and sheep. So the farming identity was actually more a mental self-image, held in place by an over-class that maintained power through agriculture and land ownership, than it was a reality for ordinary people that were hardly picky eaters,” Jette Arneborg, archaeologist and curator at the National Museum of Denmark, says.

The first Norse settlers brought agriculture and livestock such as cattle, sheep, goats and pigs from Iceland. While they thought of themselves as farmers, they were not unfamiliar with hunting.

This is not the first sign of hemp cultivation in Norway this far back in time, but the find is much more extensive than previous discoveries.

“The other instances were just individual finds of pollen grains. Much more has been found here,” says Frans-Arne Stylegar, an archaeologist and the county's curator.

Sosteli is also further away from current-day settlements than other sites where cannabis finds have been made.

Hemp is the same plant as cannabis, or marijuana. But nothing indicates that the Vikings cultivated the plant to get people high.

Most likely it was grown for making textiles and rope.

Now is the time to enrol for Hilary term online courses in Archaeology.

Each courses lasts for 10 weeks, with the expectation of c. 10 hours study a week.  Students submit two short assignments.

Successful completion of the courses carries a credit of 10 CATS Points.

CATS Points from these courses can now be used as part of the requirement for the new Certificate in Higher Education offered by the University of Oxford.

The following courses are available: (click on the title for further information)

You can find general information about University of Oxford courses here...
Posted by David Beard MA, FSA, FSA Scot at 11:44

The last battle of the Vikings 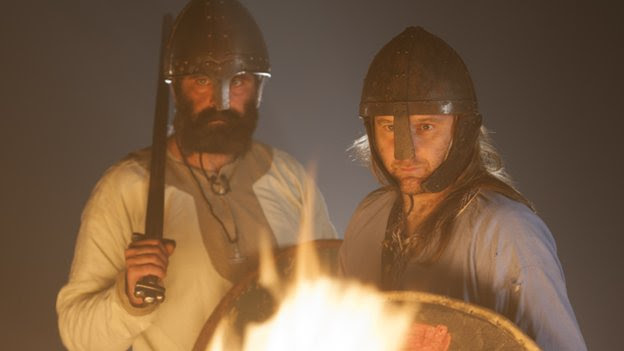 
It was the battle which led to the end of Viking influence over Scotland, when a terrifying armada from Norway bore down on the Ayrshire town of Largs 750 years ago.

At the beginning of the 13th century the Firth of Clyde was frontier territory.

The mainland was Scottish but the islands of Bute and Cumbrae just across from Largs were Norse.
In fact, the whole of the Hebrides - a region known as Innse Gall - gave its allegiance to the Vikings from western Norway.

Nearly 100,000 archaeological discoveries – ranging from Roman helmets to Viking gold – were made during 2011, according to the annual report by the Portable Antiquities Scheme.

In a typically eventful year of soil digging, including primetime exposure for the Scheme’s greatest breakthroughs on the ITV series Secret Treasures, the official figures show an eight percent rise in finds, with a total of 970 Treasure cases.

Huge online interest also saw the accompanying website, finds.org.uk, honoured as the best research and online collection at the Best of the Web awards, with more than 463,000 people looking at 820,000 finds on the database of discoveries.

“It is a scheme which is envied the world over,” said Neil MacGregor, the Director of the British Museum, praising the Department for Culture Media and Sport and Treasure Hunting magazine, the appropriately-named periodical which published the report.
Read the rest of this article...
Posted by David Beard MA, FSA, FSA Scot at 19:32