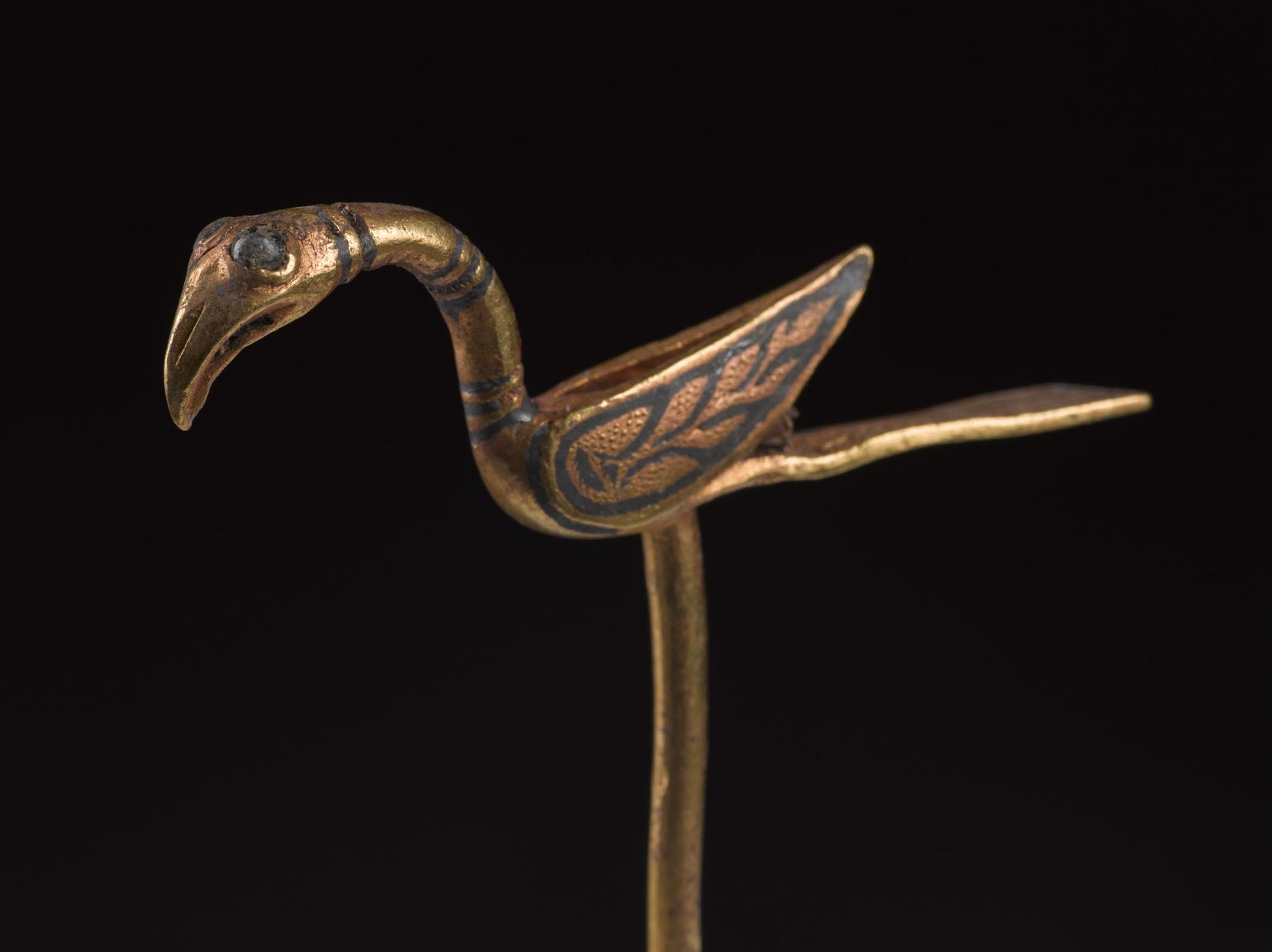 In 2014 archaeologists discovered the previously unknown Viking fortress at Borgring south of Copenhagen. Since then the search has been on to uncover the life, function, destruction and, not least, the precise dating of the Viking fortress. Now a new find has produced a breakthrough in the investigation.

The carved oak timber object recently found in peat layers just outside the south gateway of the fortress. The piece has been cut and sampled for dendrochronological sampling (left). The function of the piece is unknown, but it may be a part of a door or building.


In the period 2016-18 a programme of new excavations is made possible by a grant from the A.P. Møller Foundation. The team from the Museum of South East Denmark and Aarhus University are joind by leading experts from the Environmental Archeology and Materials Research at the Danish National Museum and the National Police Department's Section for arson investigation. Prior to this year's excavations it was only known that the massive, 150m wide fortress dated to the tenth century. Experts suspected that it was built in the reign of Viking king Harold Bluetooth (c.958-c.987), but the association could not be proven.
On June 26, the archaeological team opened new trenches is the meadow next to the fortress to search for evidence of the landscape surrounding the fortress. Around 2.5 meters below the current surface of the valley was found a c. 1m long piece of carved oak wood with drilled holes and several wooden pegs in situ. The wood carries clear traces of wear, but it is not currently possible to say what function the wood piece has had.
Read the rest of this article...
Posted by David Beard MA, FSA, FSA Scot at 15:49 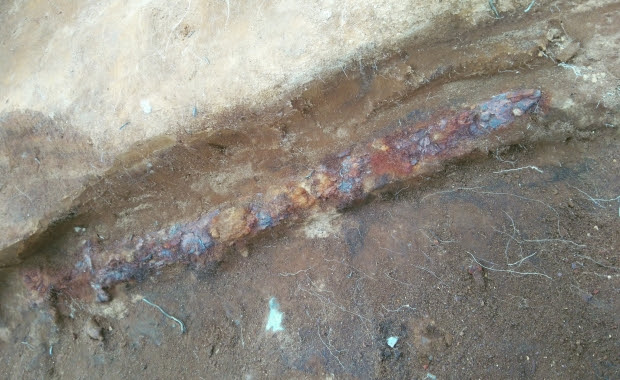 THE SECOND SWORD Both swords were badly damaged by rust.
Photo/Hildur Gestsdóttir, Twitter.

Archeologists working at Dysnes, a recently discovered Viking age burial site in Eyjafjörður fjord in North Iceland are still busy excavating invaluable treasures. Hundreds of items have been found at the site, among them two swords, three spears and three shields.

2 out of 6 burials fully explored

Someone brought ceramics through the gates at the Viking ring fortress “Borgring” after it had burnt down. The discovery reveals an afterlife at the fortress that archaeologists had not previously considered. (Photo: Screenshot from video by Archaeological IT Aarhus University)


While most archaeologists and historians can agree that Denmark’s five Viking ring fortresses were most likely built by Harold Bluetooth around 980 CE, they remain divided regarding their purpose.
Was it to defend the kingdom? A demonstration of power? Or to cement the Christianisation of the Danes?
Many archaeologists think that the fortresses were built with just one goal in mind, and then disappeared more or less as fast as they had appeared in the first place.
But newly discovered pieces of ceramic pottery found in the main gates of Denmark’s fifth Viking ring fortress, “Borgring,” are now challenging this theory.
The pottery belongs to the first half of the 11th century, which puts it well after the assumed construction of the fortress. Shards of the same type of pottery were discovered in 2016 at the fortress’ eastern gate.
Read the rest of this article...
Posted by David Beard MA, FSA, FSA Scot at 22:37