In August 2014 a hobby archaeologist found a Viking Age sword with metal detector in a field in Skaun, just south of Trondheim in Central Norway. Now, archaeologists have examined the finding and have some exciting news about the owner. 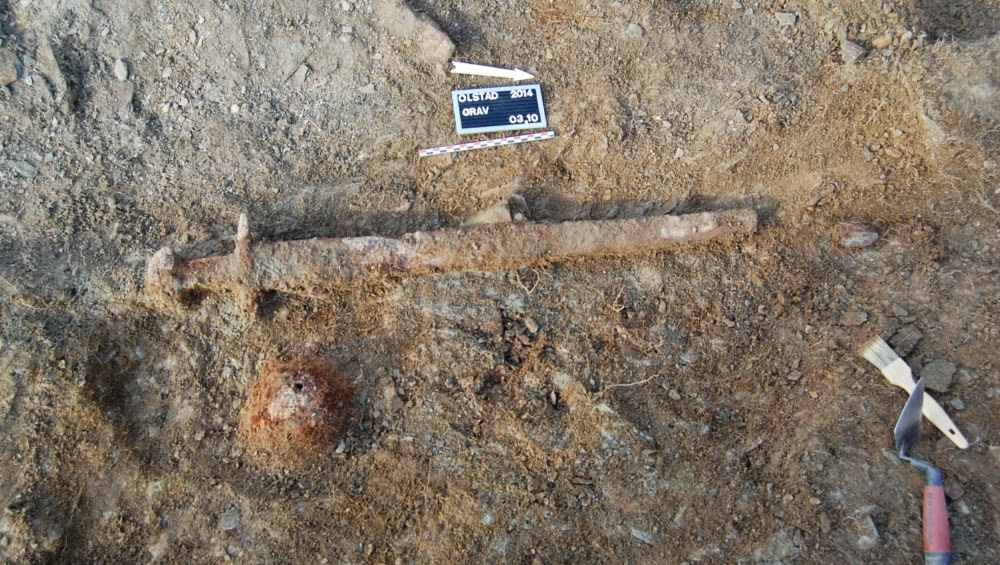 Having examined the grave, archaeologists at the NTNU Museum of Natural History and Archaeology in Trondheim tell NRK that it is dated to about the year 950. In addition to the sword, researchers found the remains of a shield.

"We have not managed to find out who owned the sword, but we know that he was a well travelled man", says archaeologist Ingrid Ystgaard.

Icelanders will soon be able to publicly worship at a shrine to Thor, Odin and Frigg with construction starting this month on the island’s first major temple to the Norse gods since the Viking age.
Worship of the gods in Scandinavia gave way to Christianity around 1,000 years ago but a modern version of Norse paganism has been gaining popularity in Iceland.
“I don’t believe anyone believes in a one-eyed man who is riding about on a horse with eight feet,” said Hilmar Orn Hilmarsson, high priest of Ásatrúarfélagið, an association that promotes faith in the Norse gods.
“We see the stories as poetic metaphors and a manifestation of the forces of nature and human psychology.“
Membership in Asatruarfelagid has tripled in Iceland in the last decade to 2,400 members last year, out of a total population of 330,000, data from StatisticsIceland showed.
Read the rest of this article...
Posted by David Beard MA, FSA, FSA Scot at 19:44