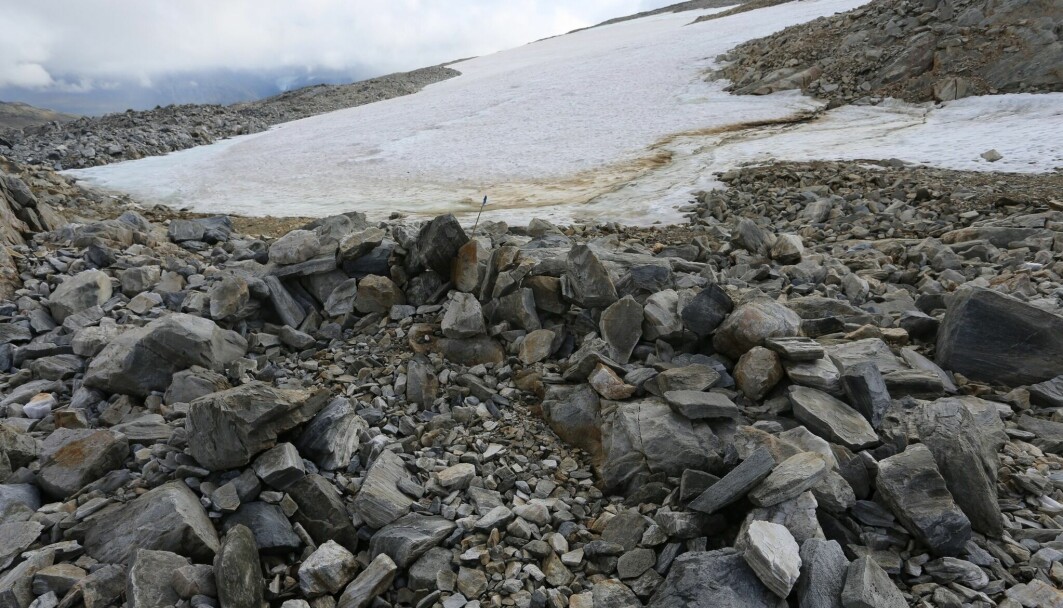 If you want to kill a reindeer with a bow and arrow you have to get as close to the animal as you possibly can. You probably can’t be further away than 10-20 metres. Which is difficult, with an animal that will flee at the smallest sound or movement.
The mountains and ice patches in Sandgrovskaret didn’t provide hiding places for the hunters, so they had to construct some.
40 such so-called hunting blinds – a rock wall shaped as a half circle that hunters would hide behind – were found when glacial archaeologists visited the site four years ago.
“This was a big hunting location”, archaeologist Espen Finstad says to sciencenorway.no.
Read the rest of this article...
Posted by David Beard MA, FSA, FSA Scot at 11:28

Researchers have shown that not all Vikings were from Scandinavia.
(CREDIT: Lorado/Getty via VCG)
Invaders, pirates, warriors – the history books taught us Vikings were brutal predators who travelled by sea from Scandinavia to pillage and raid their way across Europe and beyond.
Now cutting-edge DNA sequencing of more than 400 Viking skeletons from archaeological sites scattered across Europe and Greenland will rewrite the history books as it has shown:
Skeletons from famous Viking burial sites in Scotland were actually local people who could have taken on Viking identities and were buried as Vikings.
Many Vikings actually had brown hair not blonde hair.
Viking identity was not limited to people with Scandinavian genetic ancestry. The study shows the genetic history of Scandinavia was influenced by foreign genes from Asia and Southern Europe before the Viking Age.
Read the rest of this article...
Posted by David Beard MA, FSA, FSA Scot at 11:34

Oseberg Viking ship
Viking Age boat burials: a history of research
Paper by Luna Polinelli
Given online by the Iceland Society of Archaeologists on February 3, 2022
Abstract: Boats form a subset of grave goods increasingly found in Viking Age burials, which have been the subject of much scholarly debate, especially from the 19th century onwards. Since the Middle Ages, it was generally known that Scandinavian people used to be buried in boats before the Christianisation, since mentions of this custom are found in the Icelandic sagas and in ibn Fadlan’s account.
Read the rest of this article...
Posted by David Beard MA, FSA, FSA Scot at 10:40