Yes, That Viking Warrior Buried with Weapons Really Was a Woman

An illustration of what the female warrior may have looked like.
Credit: Drawing by Tancredi Valeri; Copyright Antiquity Publications Ltd.

The ancient warrior was given a prestigious Viking burial, complete with deadly Viking weapons, a bag of gaming pieces (possibly to represent military command) and two horses, one bridled for riding. This mighty warrior — long thought to be be a man — made headlines in 2017 when researchers in Sweden announced that the individual was, in fact, a woman.

The intense scrutiny that followed caught the researchers by surprise.

The barrage of questions from the public and other scientists was unrelenting: Were the researchers sure they had analyzed the right bones? Was there more than one body in the burial, of which one was surely a man? And if the warrior's sex was indeed female, is it possible they were a transgender man? [See Images of the Viking Woman Warrior's Burial]

Now, in a new study published online yesterday (Feb. 19) in the journal Antiquity, the researchers of the original study have reaffirmed their conclusion that this mighty individual was a woman. The new study addresses all the questions people raised, and more. 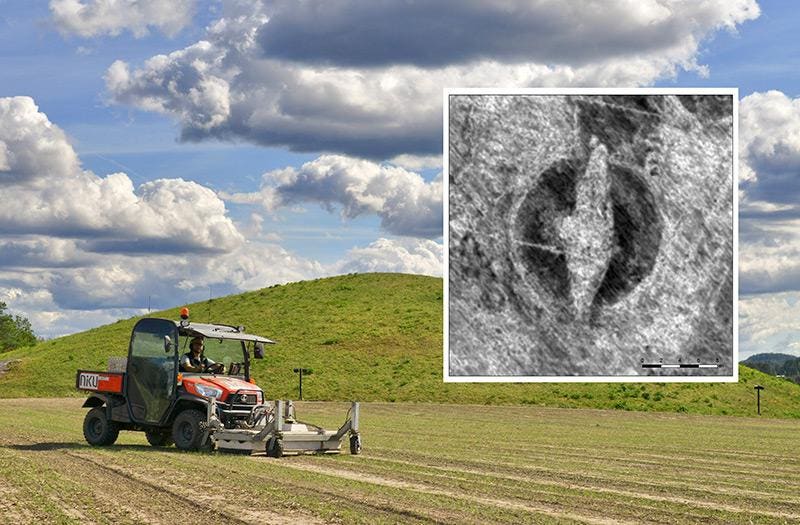 Vikings Were Fearless. Except When It Was Too Cold

Greenland was balmy when the Vikings invaded, a new study based on isotopes in flies has proven, and they left as the glaciers bore down

Vikings evoke many associations, none of which involve relaxing on the seaside and smelling flowers on a balmy evening. The Scandinavian warriors are more usually perceived as being roughnecks in horned helmets who laughed off subzero temperatures. And maybe they did, but a new study by Northwestern University, published this week in Geology, has proven the theory that when the Vikings braved the violent northern seas and conquered Greenland from auks in the 10th century, the island’s climate was less merciless and more Mediterranean.

Also, the Vikings suddenly disappeared from Greenland in the middle of the 15th century, just as the warm snap was ending and the glaciers were sweeping down. A combination of factors seems to have crushed the formerly prosperous settlement, but cold seems to have been key. They could either go native and become horn-helmeted Inuits, or leave. They left.

Modern Icelandic horses are likely descended from the horses that Vikings were buried with,
more than 1,000 years ago.
Credit: Albína Hulda Pálsdóttir


Vikings who settled in Iceland more than 1,000 years ago valued their horses so much that the men were buried with their trusty steeds. And DNA analysis of these treasured animals recently proved that the horses consigned to the grave with their manly owners were males, too.
For decades, archaeologists have studied the contents of hundreds of Viking graves in Iceland. Many of these graves also contained the remains of horses that appeared to have been healthy adults when they died.
Because the horses seemed well cared for in life — before they were killed and buried, that is — they were considered to be important to the men whose remains lay nearby. Recently, scientists conducted the first ancient DNA analysis of bones from 19 horses in Viking graves, and found that nearly all of the animals were male, a tantalizing clue about vanished Viking culture.
Read the rest of this article...
Posted by David Beard MA, FSA, FSA Scot at 09:33