New research on the causes of the Viking Age


The Viking hit-and-run raids on monastic communities such as Lindisfarne and Iona were the most infamous result of burgeoning Scandinavian maritime prowess in the closing years of the Eighth Century. 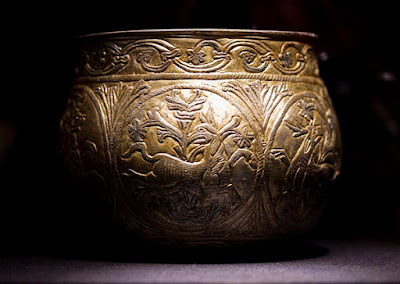 The Vale of York Cup - a Christian vessel from northern mainland Europe that was  probably held by Scandinavians for some time after its capture, before finishing  its life as the receptacle for a large silver hoard buried in Yorkshire  [Credit : York Museums Trust]

These skirmishes led to more expansive military campaigns, settlement, and ultimately conquest of large swathes of the British Isles. But Dr Steve Ashby, of the Department of Archaeology at the University of York, wanted to explore the social justifications for this spike in aggressive activity.

Previous research has considered environmental, demographic, technological and political drivers, as well as the palpable lure of silver and slave and why these forms of wealth became important at this stage.