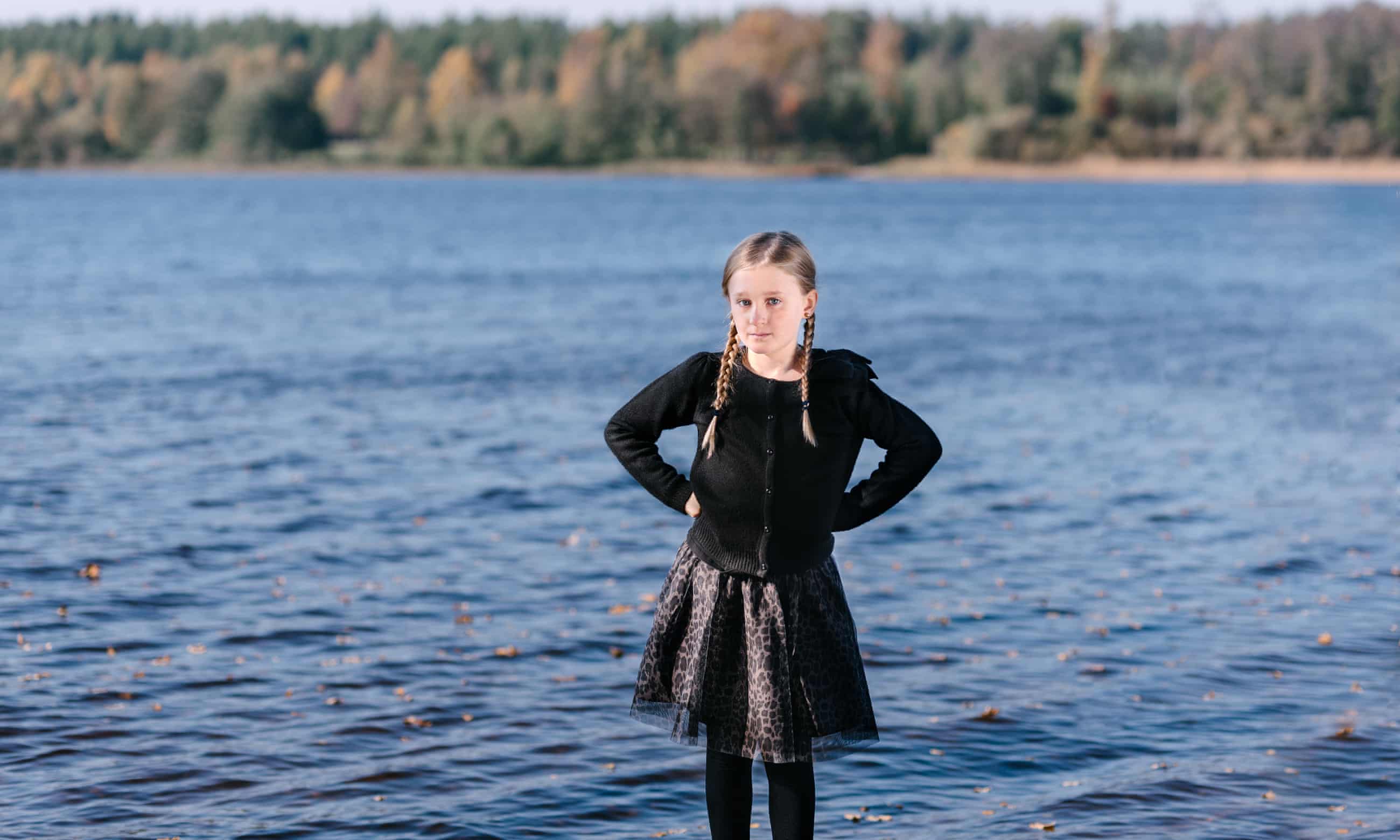 Saga Vanecek: ‘I had to give the sword to the local museum.’
Photograph: Hilda Grahnat for the Guardian

Every summer, my parents, my six-year-old brother and I go to stay in a cabin by a lake called Vidöstern in Tånnö in southern Sweden, not far from where we live. I like to build sandcastles on the beach, or find rocks to skim across the water and see how many times I can make them bounce. Mamma says she used to play and swim in the lake when she was little, too.

On 15 July this year, I was playing on the beach with my friend, when Daddy told me to get a buoy from the cabin: he said the water level in the lake was very shallow and we had to warn any boats that might come along because it was dangerous. He said it had been the hottest summer for 260 years.

I waded into the water and it was very soft on my skin and refreshing, a little bit cool but not too cold. It was a nice feeling because the sun was shining and I was very hot. Daddy was begging me to rush so he could watch the World Cup final, but I like to take my time about things so I ignored him.

I was crawling along the bottom of the lake on my arms and knees, looking for stones to skim, when my hand and knee felt something long and hard buried in the clay and sand. I pulled it out and saw that it was different from the sticks or rocks I usually find. One end had a point, and the other had a handle, so I pointed it up to the sky, put my other hand on my hip and called out, “Daddy, I’ve found a sword!”