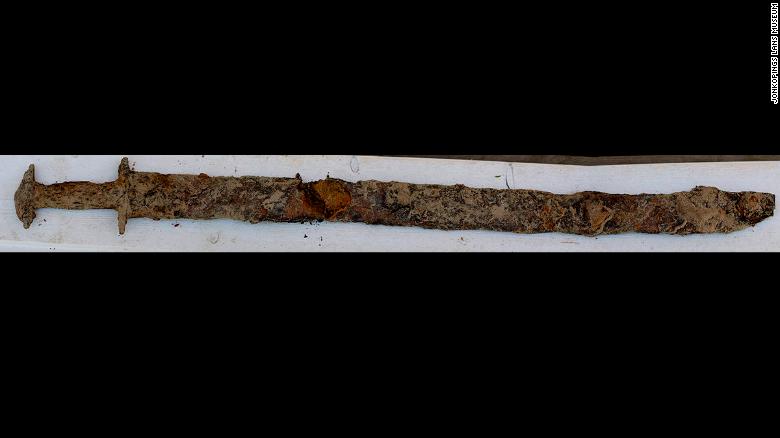 Experts have described the discovery of the 1,500 year old relic as spectacular, saying that it was "about 85 centimeters long, and there is also preserved wood and metal around it."

(CNN)An eight-year-old girl has discovered a pre-Viking-era sword in a Swedish lake, prompting locals to name her the "Queen of Sweden."

Swedish-American Saga Vanecek found the ancient artifact while playing in Vidöstern lake during the summer near her family's holiday home in the south of the country.
Experts at a local museum estimate the sword to be around 1,500 years old, according to local reports.

"I was outside in the water, throwing sticks and stones and stuff to see how far they skip, and then I found some kind of stick," Vanecek told The Local, a Swedish news website.