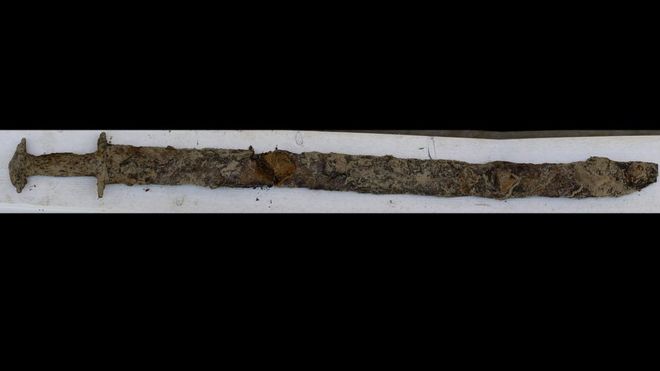 
An eight-year-old found a pre-Viking-era sword while swimming in a lake in Sweden during the summer.
Saga Vanecek found the relic in the Vidostern lake while at her family's holiday home in Jonkoping County.
The sword was initially reported to be 1,000 years old, but experts at the local museum now believe it may date to around 1,500 years ago.
"It's not every day that you step on a sword in the lake!" Mikael Nordstrom from the museum said.
The level of the water was extremely low at the time, owing to a drought, which is probably why Saga uncovered the ancient weapon.