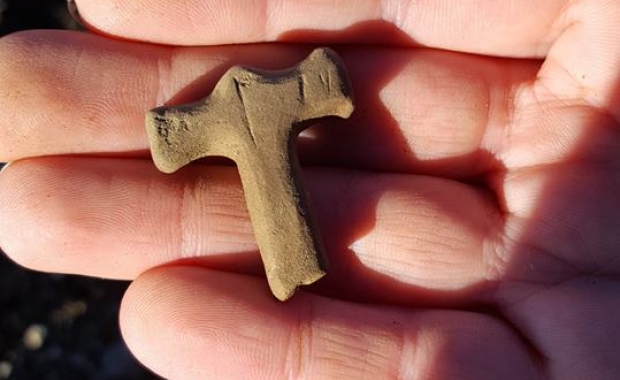 THOR'S HAMMER The small amulet was carved out of sandstone.
Photo/Fornleifastofnun Íslands

The same applies to the latest archeological find dating back to the Viking Age. Archeologists who were registering sites in Þjórsárdalur valley in South Iceland last week found four items which have not been dated yet, but which are most likely from the first centuries of the settlement of Iceland. The items were found in a previously unexplored and unknown farmstead.

The site was discovered by a local who directed the archeologists to the location. During the registration the archeologists found four objects lying in the surface soil: A whet, an iron pick, a buckle and a small stone amulet in the shape of Thor's Hammer.