Viking ship to arrive at British Museum in 'flat pack' 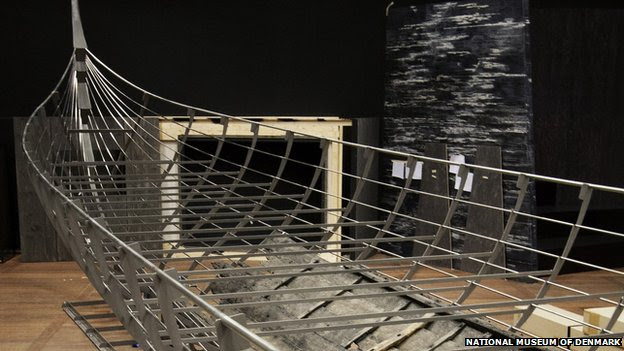 The 37-metre warship was built in southern Norway around 1025, and deliberately sunk in Denmark in the mid-11th century


The longest Viking ship ever found will arrive at the British Museum in a "flat pack" from Denmark early next year, curators have revealed.
The 37-metre ship is the centrepiece of the museum's Vikings: Life and Legend exhibition which opens in March 2014.
"It's essentially an enormous Meccano set which can be put together," curator Gareth Williams told the BBC.
Continue reading the main story

As you might expect of a Scandinavian-designed ship, it comes flat packed”

Gareth WilliamsCurator
It is the British Museum's first major exhibition on Vikings for more than 30 years.
Read the rest of this article...
Posted by David Beard MA, FSA, FSA Scot at 16:46