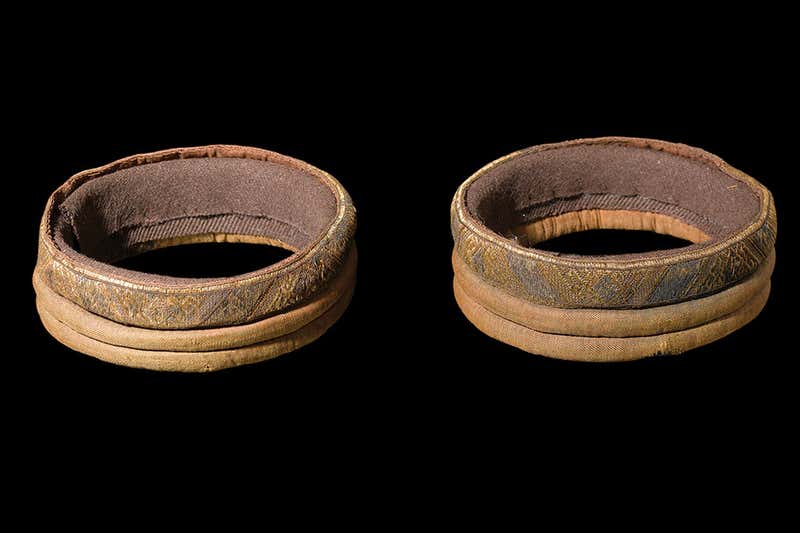 Woven wrist cuffs found at a Viking burial site
Antiquity Publications Ltd/Rimstad et al/R. Fortuna, National Museum of Denmark
The remains of a Viking have been rediscovered after being missing for more than a century. They were safely stored in a museum the whole time, but had been mislabelled.
The individual had been buried with expensive grave goods, suggesting they were an elite person or even royalty. They also seem to have been wearing long trousers with elaborate decorations.
The story of the Viking’s remains begins in 1868, near the village of Mammen in Denmark. A landowner named Laust Pedersen Skomager enlisted local farmers to help him remove the topsoil from a mound on his estate.
They found it concealed a wooden Viking burial chamber, now called Bjerringhøj. The farmers dug up the contents and shared them out, so when academics arrived on the scene soon after, they had first to recover the remains from their new owners.
Read more: https://www.newscientist.com/article/2276409-viking-remains-lost-for-more-than-a-century-rediscovered-in-a-museum/#ixzz6tuLEBnaw
Read the rest of this article...
Posted by David Beard MA, FSA, FSA Scot at 16:49