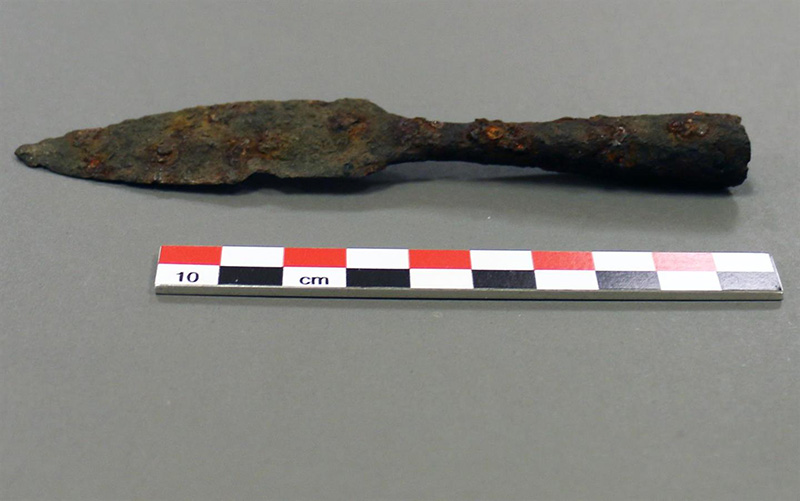 The arrowhead is about 12cm long. Photo: Hordaland fylkeskommune

This 12cm-long iron arrowhead was found high up in the mountains near Eidfjord, at the end of the Hardangerfjord.

As glaciers melt and the ground changes, historical artefacts are turning up more frequently. The latest find in the mountains of Hardanger paints an interesting picture.

Around one thousand years ago, a reindeer hunter was out hunting 1,400 metres above sea level at Store Ishaug in Eidfjord, just north of what is now Hardangervidda National Park. He had with him a bow and arrow on his hunt for reindeer. But his aim was poor, and he lost an arrow into the snow.

In September 2019, a local out for a walk near his mountain cabin stumbled across the arrowhead, laying on the floor next to a snowflake. “I immediately realized that it was something special, something from before they used rifles,” said Ernst Hagen.