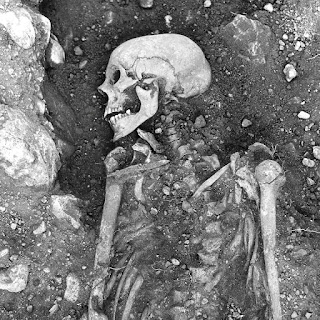 Scientists have discovered extinct strains of smallpox in the teeth of Viking skeletons - proving for the first time that the killer disease plagued humanity for at least 1400 years.

Smallpox spread from person to person via infectious droplets, killed around a third of sufferers and left another third permanently scarred or blind. Around 300 million people died from it in the 20th century alone before it was officially eradicated in 1980 through a global vaccination effort - the first human disease to be wiped out.

Now an international team of scientists have sequenced the genomes of newly discovered strains of the virus after it was extracted from the teeth of Viking skeletons from sites across northern Europe.