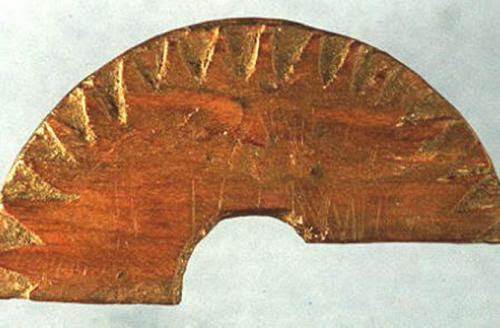 
(Phys.org) —A team of researchers working in Hungary has proposed that a sun compass artifact found in a convent in 1948 might have been used in conjunction with crystals to allow Vikings to guide their boats even at night. In their paper published inProceedings of the Royal Society A: Mathematical, Physical & Engineering Sciences, the team describes theories they've developed that might explain how Viking sailors were able to so accurately sail to places such as Greenland.
Since the discovery of the sun compass fragment, researchers have theorized that Viking sailors used them to plot their course—at least when the sun was shining. They didn't have magnetic compasses, however, which suggest they must have had some other means for steering in the evening or the later hours. In this latest effort, the researchers describe a scenario where the Vikings might have used a type of crystal that they called a sunstone to help them use light from the sun below the horizon as a guide.
Read the rest of this article...
Posted by David Beard MA, FSA, FSA Scot at 12:14