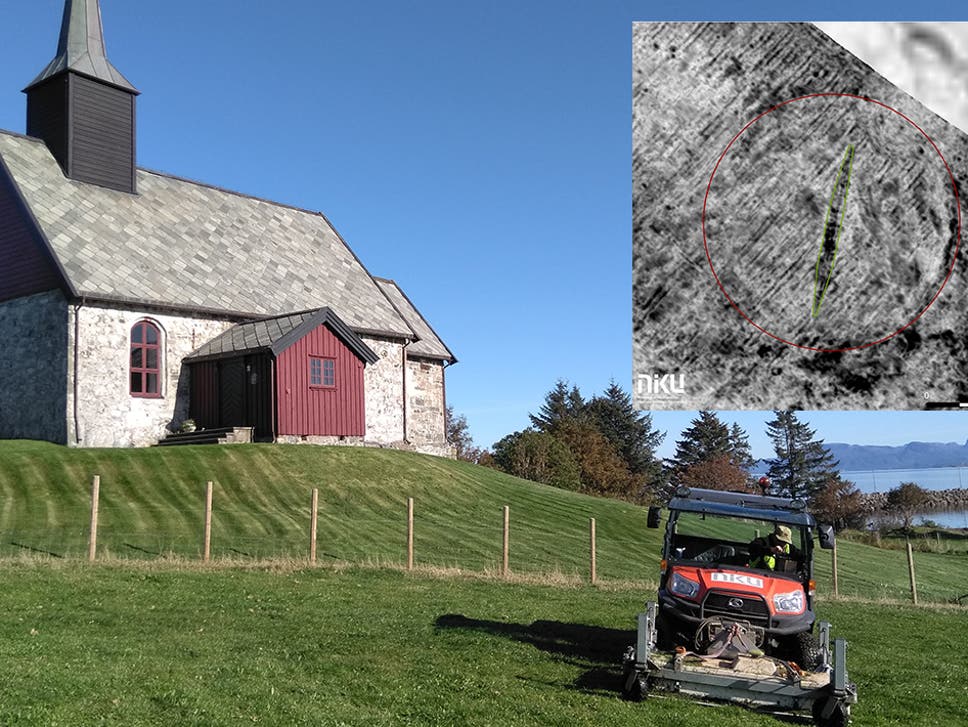 The Edøy ship was found next to a church on Edøya island in western Norway
( Manuel Gabler, NIKU )

A Viking ship believed to be over 1,000 years old has been discovered buried next to a church in Norway.

Archaeologists from the Norwegian Institute for Cultural Heritage Research (NIKU) announced they had found the ship, believed to have been used in a traditional ship burial, using “breakthrough” large-scale high-resolution georadar technology.

The remains of the 17m vessel are buried just below the top-soil, at Edøy church on Edøya island in western Norway.

Archaeologists have suggested parts of the structure may have been damaged by ploughing.