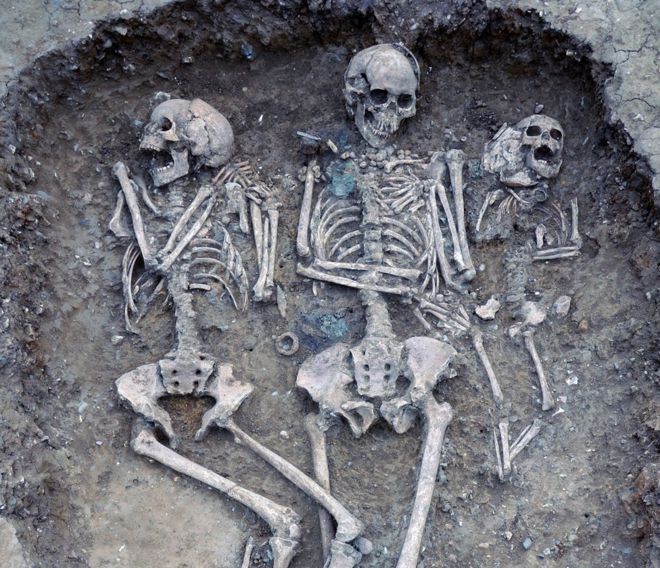 The present-day English owe about a third of their ancestry to the Anglo-Saxons, according to a new study.

Scientists sequenced genomes from 10 skeletons unearthed in eastern England and dating from the Iron Age through to the Anglo-Saxon period.
Many of the Anglo-Saxon samples appeared closer to modern Dutch and Danish people than the Iron Age Britons did.
The results appear in Nature Communications journal.
According to historical accounts and archaeology, the Anglo-Saxons migrated to Britain from continental Europe from the 5th Century AD. They brought with them a new culture, social structure and language.

Landscape of the Bayeux Tapestry


2016 will be the 950th anniversary of the Battle of Hastings. The famous Bayeux Tapestry that depicts this battle also presents a map of the events that led up to Hastings.

This study tour will follow the route of this map, starting at Westminster and following Harold’s progression through Normandy, and then on to the arrival of William’s forces at Pevensey and finally to Battle, where we will look at the evidence for the suggested new location for the Battle of Hastings.

Full details of this study tour can be found here... 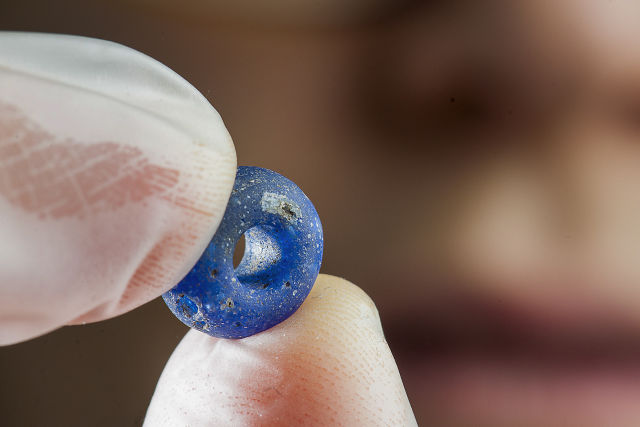 When Norway announced plans to expand its Ørland Airport this year, archaeologists got excited. They knew that pre-construction excavation was likely to reveal ancient artifacts from the Iron Age, centuries before the Vikings ruled. But they got far more than they had hoped.
Ørland Airport is located in a region of Norway that changed dramatically after the last ice age ended. The area was once completely covered by a thick, heavy layer of ice whose weight caused the Earth's crust to sink below sea level. When the glaciers melted, much of this region remained underwater, creating a secluded bay where today there is nothing but dry land. At the fringes of this vanished bay, archaeologists with the Norwegian University of Science and Technology Museum found the remains of what appears to have been a large, wealthy farming community.
Surveying an area of roughly 91,000 square meters, the researchers uncovered post holes for three large "longhouses" arranged in a U-shape, where villagers would have gathered, honored their chieftain, and possibly stored food. Over the next year, the team plans to unearth more of the village layout—with help from the Norwegian government, which funds scientific excavations at sites set for development.
Read the rest of this article...
Posted by David Beard MA, FSA, FSA Scot at 17:53

Kinder, Gentler Vikings? Not According to Their Slaves


New clues suggest slaves were vital to the Viking way of life—and argue against attempts to soften the raiders’ brutish reputation.

A bare-chested Viking offers a slave girl to a Persian merchant in an artist’s rendering of a scene from Bulgar, a trading town on the Volga River.


ILLUSTRATION BY TOM LOVELL, NATIONAL GEOGRAPHIC CREATIVE
The ancient reputation of Vikings as bloodthirsty raiders on cold northern seas has undergone a radical change in recent decades. A kinder, gentler, and more fashionable Viking emerged. (See “Did Vikings Get a Bum Rap?”)
But our view of the Norse may be about to alter course again as scholars turn their gaze to a segment of Viking society that has long remained in the shadows.
Archaeologists are using recent finds and analyses of previous discoveries—from iron collars in Ireland to possible plantation houses in Sweden—to illuminate the role of slavery in creating and maintaining the Viking way of life.
Read the rest of this article...
Posted by David Beard MA, FSA, FSA Scot at 17:50