Did the Vikings Get a Bum Rap?


A Yale historian wants us to rethink the terrible tales about the Norse.

This illustration shows the stereotype of Viking marauders wreaking mayhem, even on clergy. The scene depicts the monastery at Clonmacnoise, Ireland.

The Vikings gave no quarter when they stormed the city of Nantes, in what is now western France, in June 843—not even to the monks barricaded in the city's cathedral. "The heathens mowed down the entire multitude of priest, clerics, and laity," according to one witness account. Among the slain, allegedly killed while celebrating the Mass, was a bishop who later was granted sainthood.
To modern readers the attack seems monstrous, even by the standards of medieval warfare. But the witness account contains more than a touch of hyperbole, writes Anders Winroth, a Yale history professor and author of the book The Age of the Vikings, a sweeping new survey. What's more, he says, such exaggeration was often a feature of European writings about the Vikings. 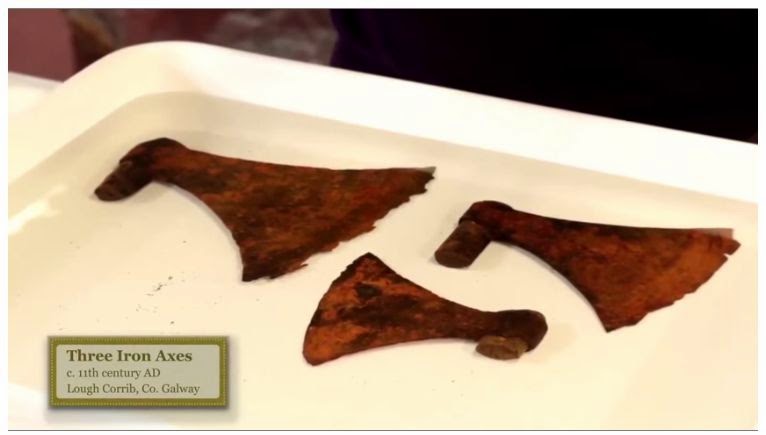 In order to commemorate the 1000th anniversary of the Battle of Clontarf, the National Museum of Ireland have produced a superb set of videos depicting various aspects of Viking Age Ireland.

You can find the Museum’s Website for these videos here…

Or you can find the individual videos on Youtube:

Viking Ireland 6 – The Irish and the Vikings

Viking Ireland 8 – Legacy of the Vikings in Ireland 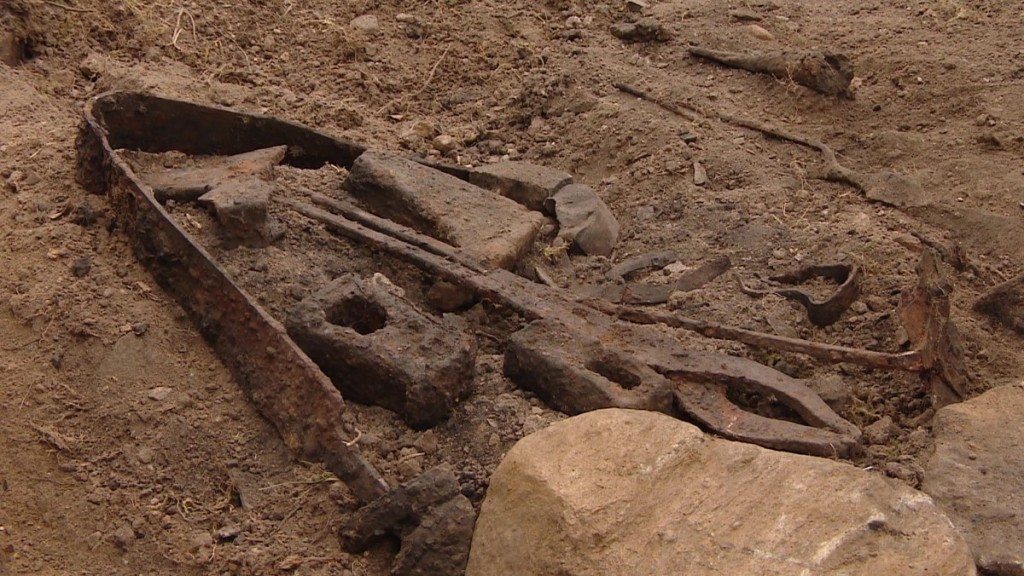 The weapons and tools from the grave

The spectacular remains of what appears to be a Viking grave, most likely belonging to a blacksmith, has been uncovered in Sogndalsdalen, Norway (as reported by NRK). The grave was found by Mr Leif Arne Norberg, under a series of stone slabs in his back garden. Mr Norberg had been carrying out landscaping works when he suddenly spotted a blacksmith’s tongs, followed soon afterwards by a bent sword. On closer examination it quickly became apparent that he had stumbled upon a remarkable Viking Age find. Archaeologists from Bergen University and the County’s Cultural Department were called to the scene and the remains were subsequently excavated. The finds recovered from the grave suggest that it probably dates from the 8th or 9th century AD. They included various pieces of metalwork, a tongs, a sword and an axe, all of which will be conserved before being put on display at the University Museum of Bergen. Personally I can’t wait to find out more information about this exciting discovery.