One of the largest Dane axes ever found, recovered by archaeologists from a 10th-century Viking tomb near Silkeborg in central Denmark.
Credit: Silkeborg Museum


Archaeologists have discovered one of the largest Viking axes ever found, in the tomb of a 10th-century "power couple" in Denmark.
Kirsten Nellemann Nielsen, an archaeologist at the Silkeborg Museum who is leading excavations at the site near the town of Haarup, said Danish axes like the one found in the tomb were the most feared weapons of the Viking Age.
"It's a bit extraordinary — it's much bigger and heavier than the other axes. It would have had a very long handle, and it took both hands to use it," Nielsen told Live Science. [See Photos of the 10th-Century Viking Tomb]
The simplicity of the mighty ax, without any decorations or inscriptions, suggests this fearsome weapon was not just for show. "It's not very luxurious," she said.
Read the rest of this article...
Posted by David Beard MA, FSA, FSA Scot at 16:49

Vikings abused and beheaded their slaves

This double grave from the Viking era at Grimsta in south-eastern Sweden was exhumed in 1974. It contained skeletons of two persons who had been decapitated. One of the skulls lies at the foot end at the left of the picture. Many experts think these two buried here were slaves.(Photo: Ove Hemmendorf, 1974/Swedish National Heritage Board)


The Vikings in Norway, Sweden, Denmark and Iceland had slaves, or thralls. These thralls probably held multiple roles, serving their masters in many ways in Viking society a thousand years ago.
They could also be given the ultimate rough assignment when important Vikings died.
Some followed their masters into the grave.
Few contemporary descriptions of Viking burials exist. But the Arab explorer Ibn Fadlān witnessed one such ritual when a Viking chieftain died.  Fadlān had met the Eastern Vikings, also called Rūsiyyah, in what is now Russia:
Read the rest of this article...
Posted by David Beard MA, FSA, FSA Scot at 17:50

An excavation of burial grounds in Scandinavia’s first city, the Viking town of Ribe in Denmark, raises more questions than it answers. Why did the town suddenly start to build on top of the graveyard, and was it related to the fall of the Danish monarchy?
(Photo: Museum of Southwest Jutland)


From the beginning of the 8th century up until the end of the 9th century, Viking graves in the town of Ribe in Denmark were largely reserved for the most holy of citizens. Ribe is considered the first city in Scandinavia and it developed into an important trade city. Graves were afforded a special place in the city--and left undisturbed as the town expanded around them.
But by the end of the 9th century something changed.
“While the marketplace expanded, they suddenly started to build on top of these graves. In some cases they built almost ostentatiously right on top of a grave, which was probably visible and marked,” says archaeologist and excavation leader Søren Sindbæk from the University of Aarhus, Denmark.
“Previously, people thought that Ribe had stopped developing as a city by the 900s, but the results of our grave excavations now suggest that this could be completely wrong. I think something dramatic happened,” says Sindbæk.
The excavations suggest that simultaneous with the construction above the graves, someone also built a fortress and a 700 metres long and 20 metres wide moat around the city.
Read the rest of this article...
Posted by David Beard MA, FSA, FSA Scot at 18:08

The Danish architecture firm AART has been chosen to build the new Viking Age Museum in Oslo.
The firm’s circular design ‘Naust’ was chosen for the building on the Bygdøy peninsula in Oslo, it was announced on Friday.
“This contribution provides a very good solution to a complicated task,” Synnøve Lyssand Sandberg of the Norwegian Directorate of Public Construction and Property (Statsbygg) said.
“The building has good functionality for the public. Those who want a short visit will be able to get a good overview and an experience of ships and collection. At the same time there will be ample opportunity for further study and exploration,” she added.
The existing Viking Ship Building from 1926 will be incorporated into the new circular design.


Archaeologists involve the police after surmising that a fire at a 1,000-year-old castle was deliberately set 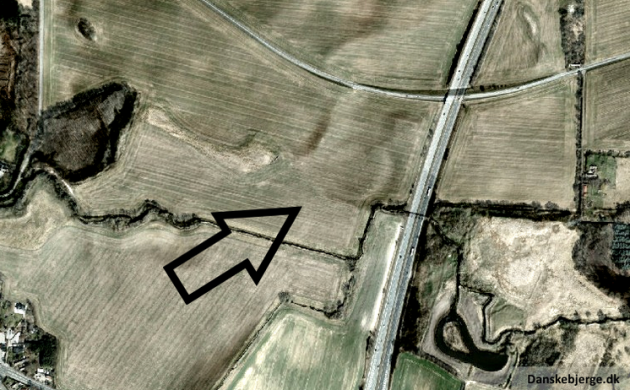 Archaeologists have found what they call “clear evidence” that a fire at the recently discovered 1,000-year-old Viking castle Vallø Borgring near Køge was deliberately set.
So they have asked police to supply a fire safety investigator to help them unearth clues to solve the 1,000-year mystery. The fire was set at the fortress’s eastern and northern gates.
“All indications are that there has been a fire set at the gates of the castle,” archaeologist Jens Ulriksen, who is leading the excavation of the fortress, told DR Nyheder. “The outer posts of the east gate are completely charred, and there are signs of burning on the inside.”
Read the rest of this article...
Posted by David Beard MA, FSA, FSA Scot at 18:22 In the most recent issue of theJournal of Glacial Archaeology (JGA), a team of Norwegian scientists from the Hordaland County Council and University Museum of Bergen announced their discovery of a prehistoric sledge freed from the ice.  The discovery, announced in the 2015 article, followed significant melting of the Vossaskavlen Glacier in western Norway.
A team of Norwegian surveyors discovered the artifact, after they spotted what appeared to be poles marking a route over the glacier, approximately 50 meters from the ice edge at an altitude of 1500 meters.  Upon further examination, the team of archaeologists found 21 wooden fragments with signs of craftsmanship.
Radiocarbon dating puts the age of the pine wood sledge fragments between 545-655 AD, or to the beginning of the Late Iron Age. This makes it the oldest sledge ever found in Norway.