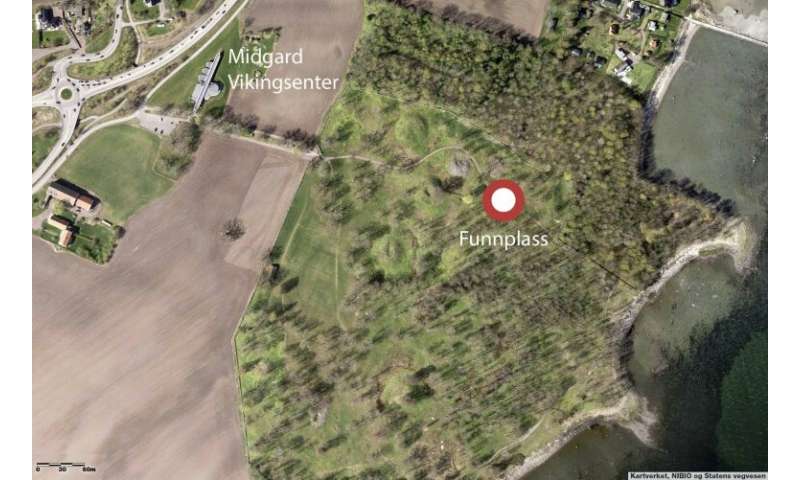 This handout picture released on March 25, 2019 by Vestfold Fylkeskommune shows Funnplass,
where a ship's grave probably originated from the Viking Age has been discovered on a plain among the burial mounds in Borreparken in Vestfold, eastern Norway

Archeologists believe they have found a rare Viking ship burial site in a region of Norway known for its Viking-era treasures, Norwegian officials said Monday.

"The GPR data clearly show the shape of a ship, and we can see weak traces of a circular depression around the vessel. This could point to the existence of a mound that was later removed," Terje Gansum, leader of the department for cultural heritage management in Vestfold county, said in a statement.

He said researchers would carry out further investigations to try and assess the size of the preserved find. 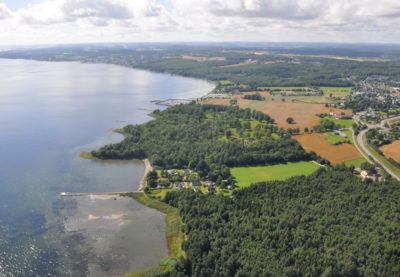