Archaeologists uncovered the foundations of a wooden church where the body of the Viking king Olaf Haraldsson may have been enshrined after he was declared a saint.
Credit: Norwegian Institute for Cultural Heritage Research (NIKU);
Distributed Under a Creative Commons License


The Norwegian Institute for Cultural Heritage Research (NIKU) announced Nov. 11 that its researchers had discovered the foundations of a wooden church where the body of King Olaf Haraldsson was taken immediately after he was declared a saint in 1031. St. Olaf, as he is now known, conquered and consolidated Norway in 1016 but held on to rule for a little more than a decade before his power was threatened by Canute I, king of Denmark and England. Olaf died in the Battle of Stiklestad in 1030.
Now, archaeologists say they've found a key location in the king's posthumous journey from martyr to Norway's patron saint. [25 Grisly Archaeological Discoveries]
Read the rest of this article...
Posted by David Beard MA, FSA, FSA Scot at 11:05

York to reopen Vikings of Jorvik attraction 16 months after floods 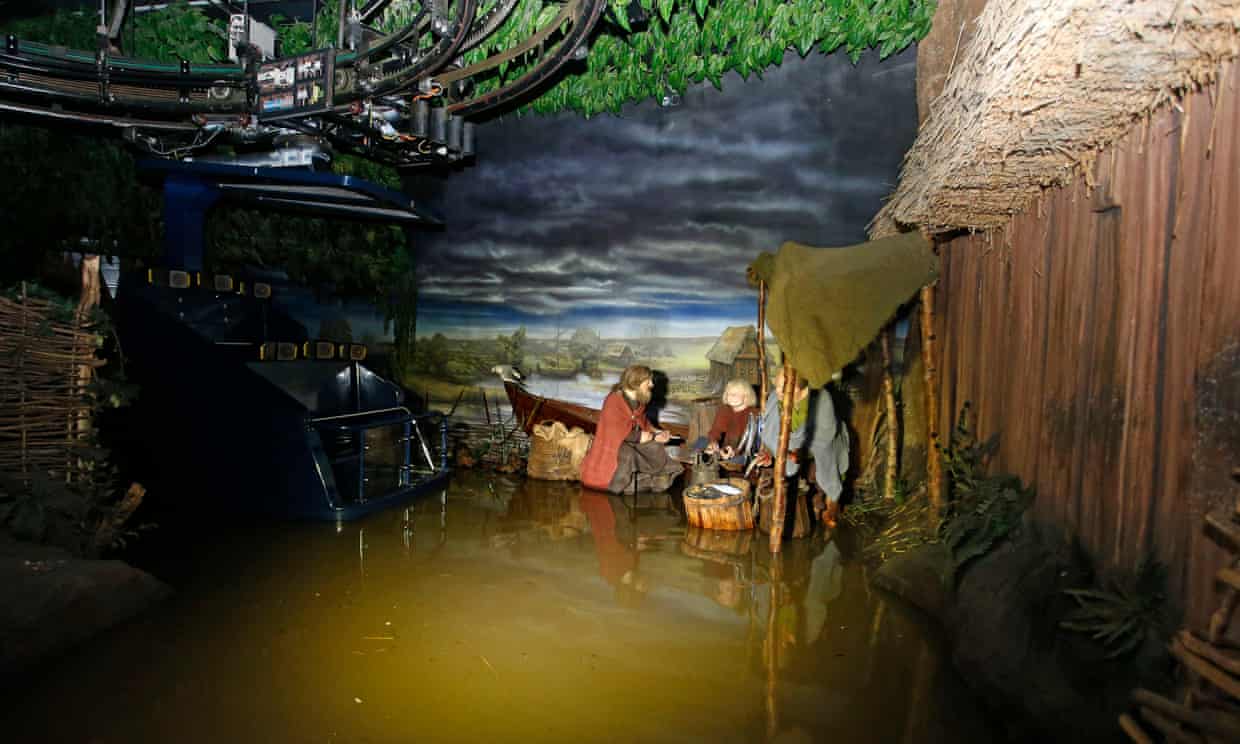 The December 2015 floods that forced the Vikings of Jorvik attraction to close.
Photograph: Peter Byrne/PA

It’s almost a year since Sarah Maltby, sat comfortably at home on her sofa in the sleepy days after Christmas, got a phone call to warn her that the Vikings of Jorvik were up to their waists in water.

“The first I knew of it was a call from the staff on duty saying the centre was open, there were visitors inside, but water was starting to pour in and what should they do,” the director of attractions for York Archaeological Trust said. “There was only one answer. Get the visitors out and close immediately.”
Jorvik, the unique visitor attraction under the streets of York and built on an archaeology site that revealed the real everyday lives of its Viking residents, has been closed ever since. It has only just announced a reopening date in April 2017.
Read the rest of this article...
Posted by David Beard MA, FSA, FSA Scot at 08:19

Why did Greenland’s Vikings disappear?

In 1721, missionary Hans Egede sailed a ship called The Hope from Norway to Greenland, seeking Norse farmers whom Europeans hadn't heard from in 200 years in order to convert them to Protestantism. He explored iceberg-dotted fjords that gave way to gentle valleys, and silver lakes that shimmered below the massive ice cap. But when he asked the Inuit hunters he met about the Norse, they showed him crumbling stone church walls: the only remnants of 500 years of occupation. "What has been the fate of so many human beings, so long cut off from all intercourse with the more civilized world?" Egede wrote in an account of the journey. "Were they destroyed by an invasion of the natives … [or] perished by the inclemency of the climate, and the sterility of the soil?"

Archaeologists still wonder today. No chapter of Arctic history is more mysterious than the disappearance of these Norse settlements sometime in the 15th century. Theories for the colony's failure have included everything from sinister Basque pirates to the Black Plague. But historians have usually pinned most responsibility on the Norse themselves, arguing that they failed to adapt to a changing climate. The Norse settled Greenland from Iceland during a warm period around 1000 C.E. But even as a chilly era called the Little Ice Age set in, the story goes, they clung to raising livestock and church-building while squandering natural resources like soil and timber. Meanwhile, the seal-hunting, whale-eating Inuit survived in the very same environment. 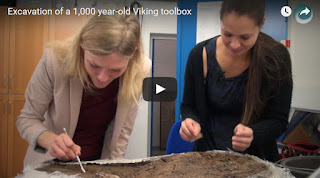 
Shields were apparently used for much more than just protection 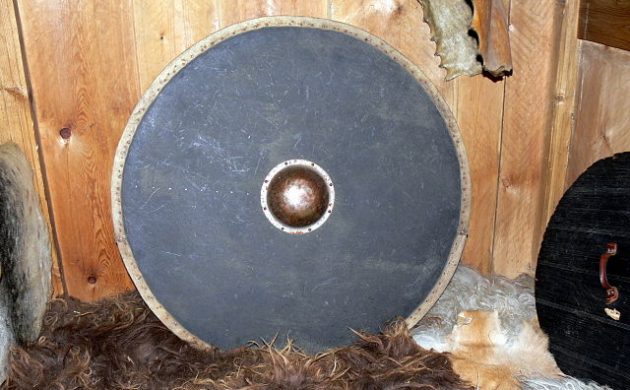 The famous round Viking shield may have been more useful than previously thought
(photo: Wolfgang Sauber)

Danish archaeologist Rolf Warming has been working to discover the fighting skills that Vikings in all probability must have used during battle.

Warming’s research revealed that along with using their shields to defend themselves against attacks, the shields were also an active part of fighting.

“It turns out that the Vikings may have used their shields much more actively than previously thought,” Warming told Vindenskab.dk. 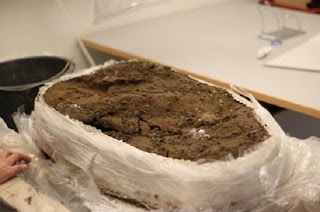 Tools scanned at the hospital

The exciting find first came to the attention of Holm and her colleagues when a couple of amateur archaeologists with metal detectors found a signal near to the fortress’ east gate.

Viking raiders were only trying to win their future wives' hearts When the Vikings landed at the holy island of Lindisfarne in 793AD, it marked the beginning of hundreds of years of terrifying raids, which would earn the Norsemen a fearsome reputation as murderers and pillagers throughout Europe.

But the reason why groups took to the seas in the first place continues to divide historians, some blaming over-population in Scandinavia, and others seeing it as a preemptive strike against the seemingly unstoppable march of Christianity.

Now a new theory suggests that the Vikings actually had matters of the heart on their minds.