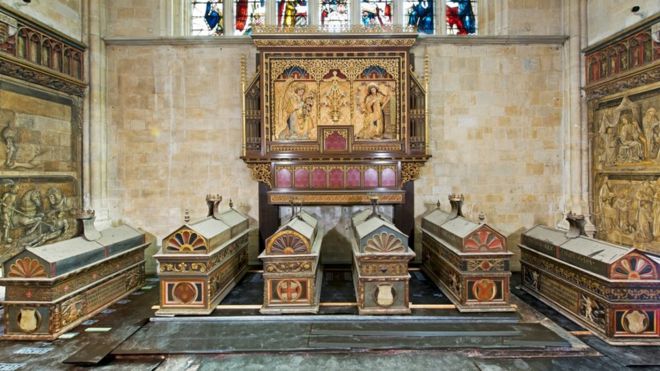 Bones held in mortuary chests in Winchester Cathedral could include those of an early English queen, researchers have found.

The contents of six chests have been analysed and radiocarbon-dated.

University of Bristol biological anthropologists found they contained the remains of at least 23 individuals - several more than originally thought.

One is believed to be that of Queen Emma who was married to kings of England, Ethelred and Cnut.

Although the chests, originally placed near the high altar, had inscriptions stating who was supposed to be within them, it was known the names bore no relation to the actual contents.