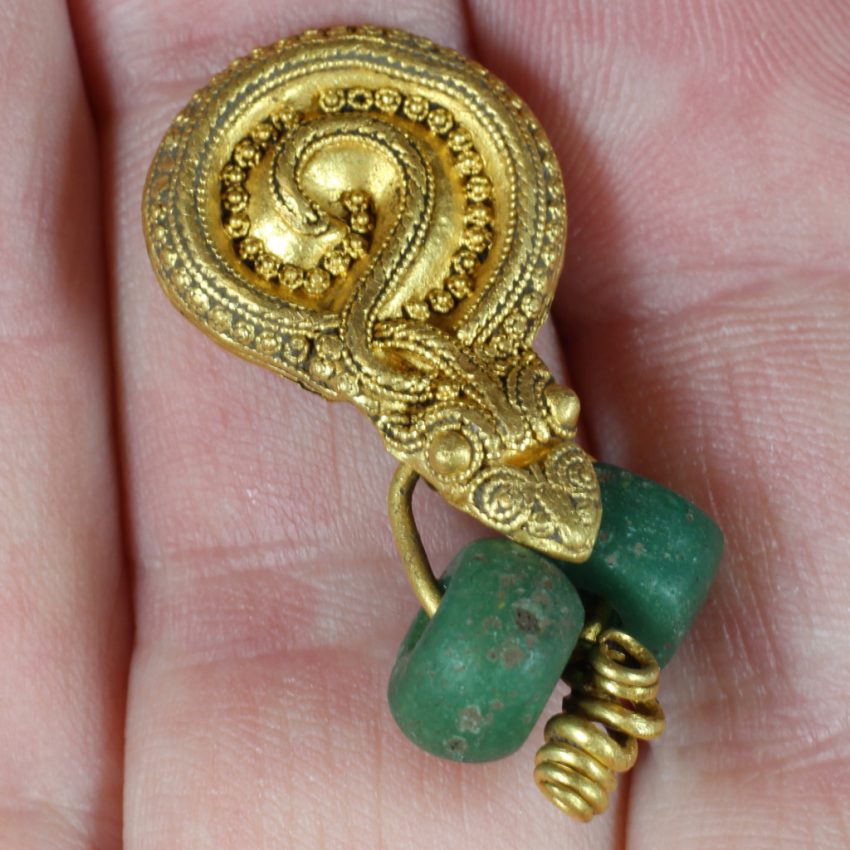 This beautiful serpent pendant was recently discovered near Gørding in Denmark by Jean Stokholm and Doris Birch Mathiesen. Fashioned out of gold and decorated using the filigree technique, it most likely dates from the the 10th century AD.

It was originally suspended via a loop formed out of gold wire that was ornamented with a pair of green glass beads. Serpent pendants such as this one are known from across Viking Age Scandinavia and it has been suggested that they may have been associated with fertility or the god Odin (see Graslund, p. 126). This new find now forms part of the Southwest Jutland Museums.