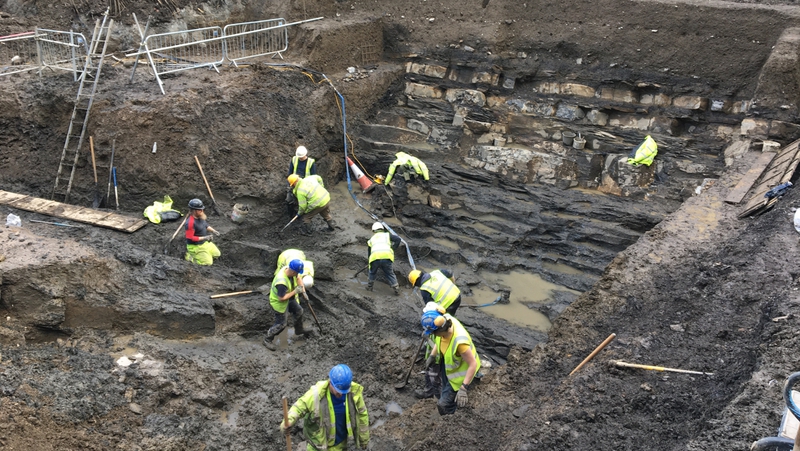 The dig is taking place beside Dublin Castle

An archaeological excavation has changed our picture of Dublin's earliest Viking settlement with the black pool or Dubh Linn now known to be a lot bigger than first thought.

The dig beside Dublin Castle has also uncovered the city's oldest police cells and a punishment burial.

The excavation is taking place on Ship St near where the remains of one of the Dublin's oldest churches - St Michael le Pole that was founded in the 6th century - are known to be.

Archaeologist Alan Hayden from University College Dublin said the work has uncovered the cells from a police station on Chancery Lane built in 1830, and beside it are walls from a medieval farm.

There are 12th Century quarries which provided the stone to build Dublin Castle and its walls.

The most important discovery yet is that Dubh Linn - the pool on the River Poddle where the Vikings first settled - was much bigger than originally thought.