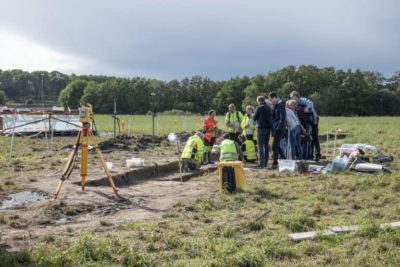 Archaeologists and Norway’s director of cultural heritage are calling for rapid excavation of a Viking ship found buried in a field at Gjellestad near Halden in the fall of 2018. They’ve won initial support from government officials, setting the stage for what could be the first full-scale Viking ship excavation in Norway for 114 years.

“A Viking ship is so important for Norwegian history, and we have an international responsibility here,” said Ola Elvestuen, government minister in charge of culture and the environment, just after test results from the site were presented on Friday. They were extracted during careful and preliminary digging around the vessel in August and September of last year.

Samples from the so-called “Gjellestad-ship’s” keel found last year have revealed signs of mildew or dry rot, indicating that the vessel could rapidly deteriorate if left in the ground. The overall condition of the ship was described as poor.